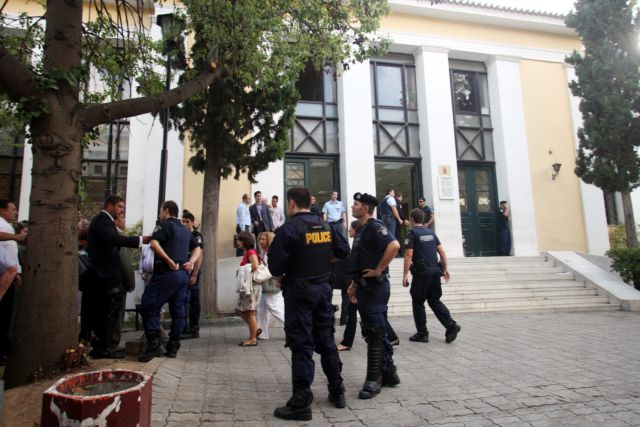 A group called “Anypotaktes Epithimies” (“Insubordinate Desires”) has claimed responsibility for the mail bomb that was sent last week to the judge and prosecutor union, the offices of which are housed in the Evelpidon Courts. The group claiming to be responsible published a declaration on Indymedia. The mail bomb was quickly located and defused on the 17th of July.

In their declaration, the group mentions that the explosive device used in the mail bomb is a “simple device that anyone can make, taking the necessary precautions”. The group also explains that the judge and prosecution union was targeted over the hunger strike of Kostas Sakkas.

There is also reference to the ongoing trial of alleged SPF members, with the group noting that that the judicial tactics of attributing anarchist action to SPF resulting “in a distortion of the revolutionary political positions and choices”. The full declaration (in Greek) is available here.