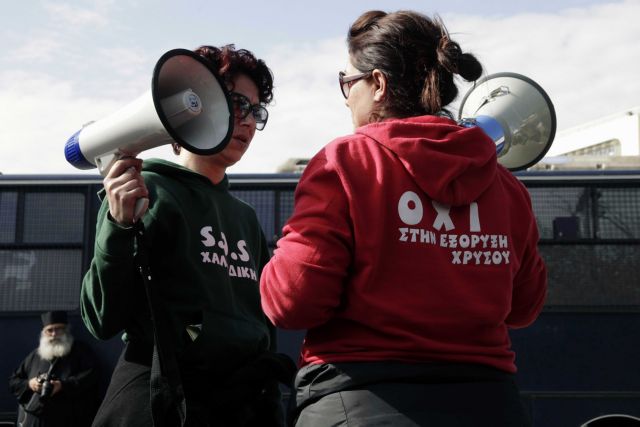 The Police in Halkidiki arrested two individuals in clashes with protesters on Wednesday in Polygyros and Megali Panagia. The protesters were demonstrating over the recent detainment of citizens from Ierissos, in connection to the arson attack against a controversial mining investment.

The individual arrested in Polygyros is the 17-year-old son of one of two suspects detained over the arson attack. The 17-year-old was arrested when he tried to reach his father, after the prosecutor announced the detention of both suspects.

In Megali Panagia the Police arrested a 73-year-old man during clashes with local residents who objected to the detention and police operations. The local residents blocked off the provincial road and set fires.

The 17-year-old and 73-year-old will be taken to the prosecutor in Polygyros to testify later in the day. Police reports indicate that local residents are setting up road blocks at the entrance of both villages.