What is the government trying to achieve with its new labour law? I think very little, but it imperils the perpetuation of trade unionist impunity. 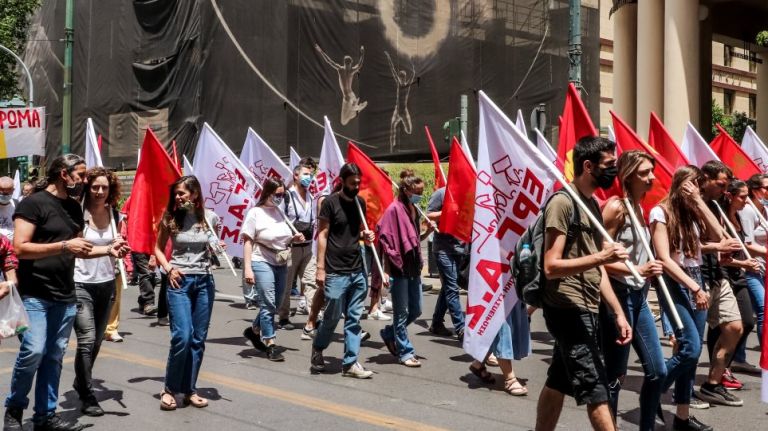 It is conceivable that the new labour law shepherded through Parliament by Labour Minister Kostis Hatzidakis might have been approved by almost all opposition parties had it not included provisions that affect unprecedented privileges enjoyed until now by trade unionists, thanks to a well-known law passed under Pasok rule.

This 1982 law that was passed during Andreas Papandreou’s first term is reminiscent of an occupation army regime.

As very few know today, German and Italian forces that had imposed a harsh occupation of Greece in WWII were paid their expenses while living here from the Greek state budget. They were both tyrants and bilked the conquered population.

The same exact regime is in place today for public sector trade unionists.

Moreover, they are not fired even if they commit an illegal act.

What is the government trying to achieve with its new labour law? I think very little, but it imperils the perpetuation of trade unionist impunity.

For example, when a court declares a strike illegal, it canot be legitimised by a union federation as was the case until now.

The law also bans funding to unions from businesses and political parties. That is a very painful provision for the Greek Communist Party-funded PAME labour movement.

Moreover, trade unionists who organise occupations of a building or a blockade or engage in an act of violence, or block other employees against their will from going to work will now legally bear civil responsibility.