US amb Pyatt expresses optimism for ‘calm summer’ this year 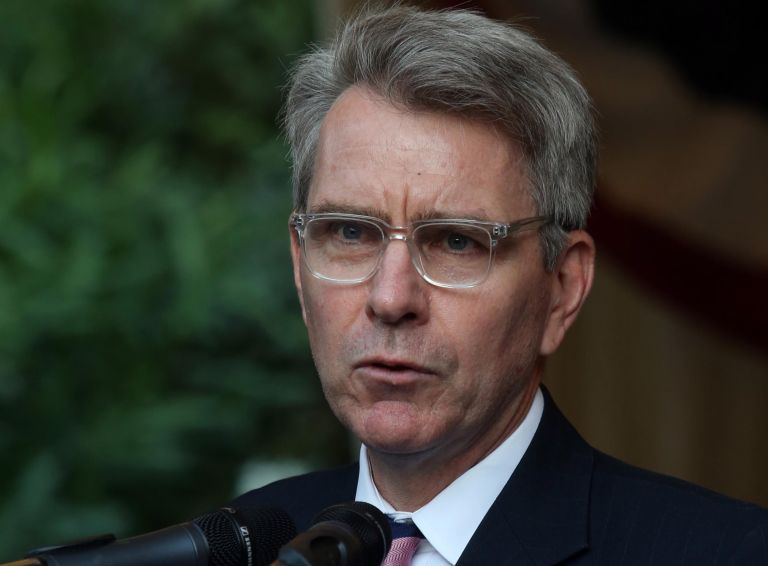 Share
US ambassador to Greece Geoffrey Pyatt on Friday reminded that the State Department last summer expressed concern over provocative Turkish actions in the wider region, especially in the maritime areas around Cyprus.
The high-profile US diplomat made the statement during his appearance in the western port city of Patras for an event entitled “Regional Growth Conference”.
In response to a question, he echoed a comment made the previous day at the same forum by Greek FM Nikos Dendias, who expressed optimism that a “calm summer” is in store this year – compared with last year’s heightened tension in the Aegean and eastern Mediterranean.
Moreover, he said the US administration is solidly backing steps by Greek leadership and PM Kyriakos Mitsotakis to promote dialogue and a redefinition of so-called “red lines”.
He also repeated Washington’s unambiguous position over Turkey’s acquisition and activation of the Russian-made S-400 anti-aircraft missile system, as well as on issues affecting human rights and democracy.
Ακολουθήστε