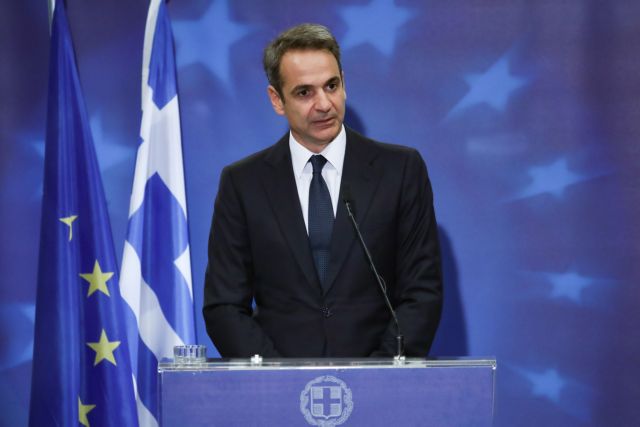 The Mitsotakis government enjoyed the smoothest transfer of power, without major dilemmas and problems, in the last decades.

Many praised the PM for that justly because most of his predecessors came to power under emergency circumstances.

No one forgets Turkey’s reception of Costas Simitis when in 1996 it organised the Imia crisis.

Similarly, no one forgets what awaited George Papandreou in 2009 and the situation that Alexis Tsipras confronted, when for six months he laboured under his own self-deceptions even as he faced the prospect of the country going bankrupt.

In that sense Kyriakos Mitsotakis was privileged until now.

However, it appears that his first great challenge has emerged.

The truth be told, the endurance of the country and the new government faces a dual challenge from the arrogant and untrammeled Turkish leadership, which after managing the Syrian crisis feels strong and able to shape the entire region as it sees fit.

There is no leading power to rein in the “victor” (as he believes) Tayyip Erdogan.

Trump’s America is displaying revisionist and isolationist tendencies and is not playing its role.

Putin’s Russia is cooperating with Erdogan.

The EU has assigned to him the task of managing the refugee issue and Erdogan, being in a crisis of grandeur, hopes to dominate the region by setting his own agenda and dragging the weaker countries – at any given moment and based on his evaluation of the situation – in the broader region into negotiations.

That is how one can explain his arbitrary actions and constant escalation.

Erdogan wants the greatest possible share of hydrocarbons in the Eastern Mediterranean and views Greece and Cyprus as an obstacle in pursuing his plans.

That is why he is trying to establish de facto situations and to drag all the players to the negotiating table from a position of dominance. He is simultaneously using the refugee and migrant crisis to exert the greatest possible pressure.

Let no one be deceived by the smiles at the bilateral talks between Erdogan and PM Kyriakos Mitsotakis in London.

Turkey will persist with its plans to arbitrarily carve out as it sees fit the Exclusive Economic Zones (EEZs] in the region and will continue to use the migration-refugee issue as leverage.

This was made clear to Mitsotakis. Certainly the PM did well to hold talks in a bid to placate Ankara and avert undesirable challenges.

Still, one must not have self-deceptions as the problem lies ahead.

Greece will be confronted by Turkish aggressiveness which it will – by all appearances- have to handle on its own.

That is why it must increase its deterrence capacity and defend its territory.

Athens must state in a direct manner that any threat will bear a cost, and indeed a great one.

It is necessary that Greece to become strong again and able to defend its rights.