Editorial: The duty of great powers in the refugee crisis

All the data and information indicates that Turkey is allowing refugee flows in order to pressure and blackmail the EU in order to advance its demands on many open fronts. 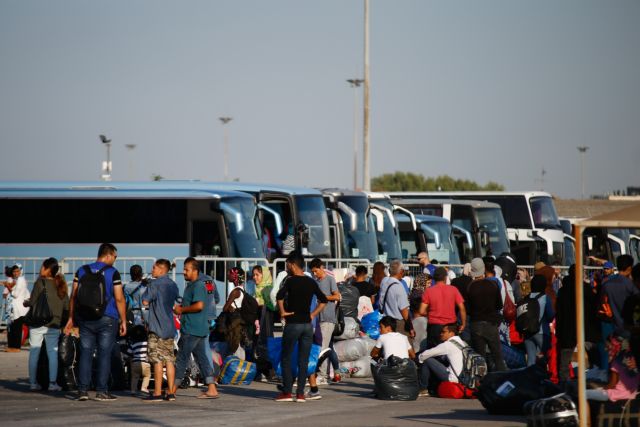 There can be no doubt that we are confronted with a new refugee crisis.

That is the view of Greek authorities which are closely monitoring migrant flows toward the Greek islands from the Turkish coasts but also at the Evros boarder crossing.

All the data and information indicates that Turkey is allowing refugee flows in order to pressure and blackmail the EU in order to advance its demands on many open fronts.

The calming of the seas and good weather conditions in the Aegean every September brings a greater number of boats and the flow is constantly growing.

The Greek islands of the Northeastern Aegean mainly will be tested yet.

The already overly burdened refugee and migrant camps will get worse and local residents will react ever more intensely causing major problems for the government, which must act swiftly and take the necessary precautions.

Diplomacy with endless talks does not suffice and it cannot bring immediate results.

The government must prepare for even more difficult conditions in the coming weeks and months.

It must relieve the burden on the islands by transporting migrants elsewhere while preparing local societies on the mainland to accept this eventuality, revamp asylum procedures, and beef up its Aegean patrols so as to signal to human traffickers that things will be much more difficult for them.

The government must also launch an EU-wide and international campaign so as to sensitise public opinion around the world.

Greece, which shouldered the greatest part of the burden in the 2015 humanitarian crisis, is in danger of reliving that drama even as it struggles to stand on its feet again and definitively exit the great economic crisis.

It will not deny its humanistic ideals and tolerance is a given.

It is perfectly clear however that it cannot once again shoulder the entire burden of huge migrant flows which it did not create, as there are other powers with roles and responsibilities in the broader region.

It is the duty of great powers to contribute in many ways to addressing the crisis and to contribute to establishing peace in the countries of origin of refugees.

The magnitude of this crisis far transcends Greece’s capabilities and everyone must know that.