Tsipras did not budge from Manichaen polital narrative which pits the callous neo-party of New Democracy “with extreme right ministers” against the progressive and caring SYRIZA. 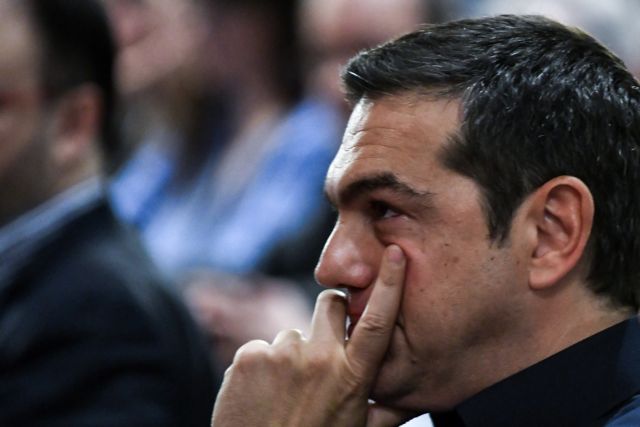 Stunned by the magnitude of his party’s and his personal defeat, Prime Minister began the arduous and urgent task of reconsidering his strategy and calling on his party cadres to regroup in the face of an uphill general election battle just one month after crushing European Parliament and local elections defeats on 26 May.

The general election is expected to be held on June 30.

Less than 24 hours after the final electoral results became known, Tsipras gathered his party’s Central Committee at an Athens hotel and faced the dour and in some cases tearful faces of ministers and top party cadres who were still in shock and awe from what was widely viewed as a political Waterloo, with even pensioners whom Tsipras courted feverishly flocking to New Democracy and giving it an 11 percentage point lead over SYRIZA (40 to 29 percent).

Tsipras said that SYRIZA has lost a battle but still has a shot at winning the war of parliamentary elections, even as his party audience appeared still be in the process of transcending the fIrst stage of mourning which is denial.
“We lost the battle but the war still lies ahead and we do not have the luxury or the right to retreat,”he said.
He called on the party brass to “get up together, regroup, and fight”.

Tsipras did not budge from Manichaen political narrative which pits the callous neo-liberal party of New Democracy “with extreme right ministers” against the progressive and caring SYRIZA which represents a progressive front battling for the interests of “the many” and especially the vulnerable.

Tsipras trained his fire particularly at the centre-left Movement for Change (Pasok) we he accused of carrying out a “frontal attack” against SYRIZA and vowed to continue his efforts to forge a broad, progressive alliance by courting the centre-left, which for decades was firmly in Pasok’s camp.