In his two years as education minister, Mr. Gavroglu has been constantly announcing various changes and making various promises and he has ended up alienating everyone. 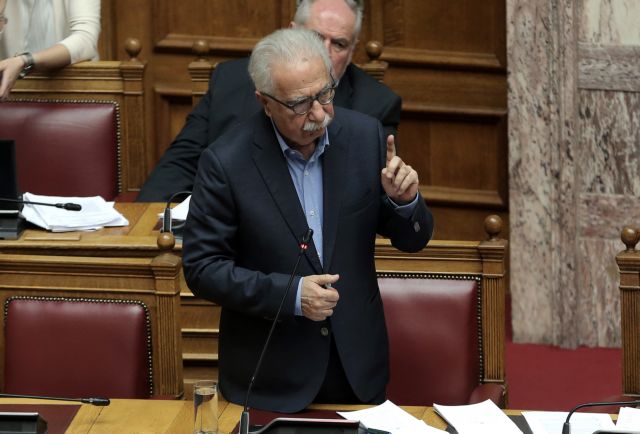 There can be no doubt that Mr. Kostas Gavroglu will be remembered as one of the worst education ministers ever.

With obsessions and ideological fixations he is attempting – with the entire educational community against him – to institute supposed reform by demolishing all that had been accomplished with basic consensus over the last years.

With great audacity the minister without even a basic dialogue tabled in Parliament a 1,120-page draft bill that is full of vote-mongering provisions and he wants the legislature to pass it with express procedures before Parliament closes.

It is perhaps the first time in recent years that an education minister has made changes on his own and instead of seeking consensus provokes the entire opposition with sarcastic remarks.

The only thing Mr. Gavroglu is interested in is handing out vote-mongering pledges and merging tertiary technical schools (TEI) with universities and polytechnics without any dialogue and completely ignoring the views of university rectors and professors.

He is supposedly trying to adapt the education system to contemporary needs but in fact he is looking to the past.

In his two years as education minister, Mr. Gavroglu has been constantly announcing various changes and making various promises and he has ended up alienating everyone.

This is not because he is shaking up the system, but rather because he is demolishing all the good elements in the tertiary education system.

He began his tenure with a promise to abolish the Pan-Hellenic, nationwide university entrance exams but in the end he scrapped the idea.

Even as he refuses to allow universities to hire necessary teaching staff to fill vacancies, he is promising to create new faculties, as if there were not enough already.

He apparently believes that we do not have enough law faculties (let alone a huge number of lawyers nationwide) and so he is promising to create one more.

The younger generation once again will pay for the result of this ridiculous reform, which is destined not to last long, because it has been proven again and again that no education reform can last withot broad consensus.