In the swamp of division

The domestic conflict is divisive, but the obvious intervention of international players in favour of the agreement is obvious. The rationale is simple. This is one less problem for the West and yet another impediment for Russia in the Balkans. 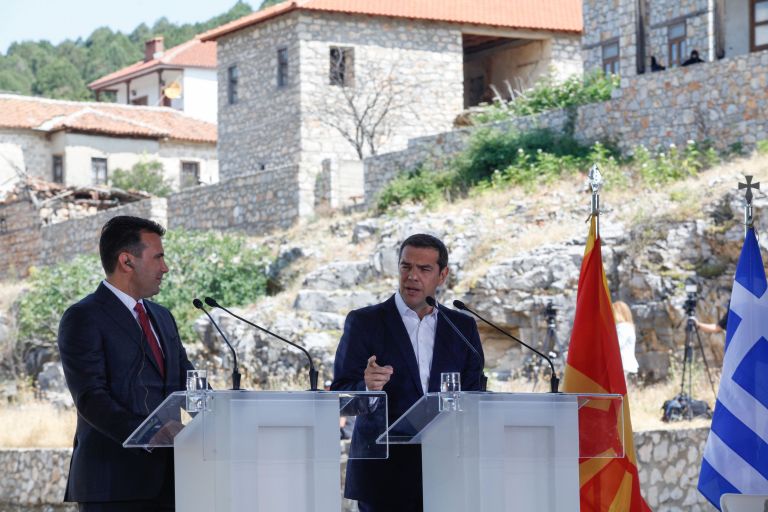 Share
If one is to believe news broadcasts, Greece is somewhere between an “historic agreement with FYROM” and a “national defeat”, divided between those who exploit patriotism and national nihilists. The agreement between Greece and FYROM is neither a triumph nor a disaster. It is an agreement with positive and negative points, which could have been improved, if the government had sought true consensus.

Political parties have become caught up in electoral tactics, from which they cannot escape even for the sake of a national issue. The domestic conflict is divisive, but the obvious intervention of international players in favour of the agreement is obvious. The rationale is simple. This is one less problem for the West and yet another impediment for Russia in the Balkans.

Parliament over the last days turned into a war zone. In the European Parliament, SYRIZA MEP Dimitris Papadimoulis announced that there was an historic agreement. When New Democracy MEP Kefalogiannis said it was a sell-out of history he was heckled by his colleagues. The EU, the US, the UN and Nato, however, were all happy with the outcome, with little concern for specific elements in the accord.

The German daily Handelsblatt said that ND leader Kyriakos Mitsotakis’ opposition to the agreement isolates him internationally. “In the eyes of the West, Mitsotakis’ no confidence motion frames him as a negativist who is trying to block an important geopolitical linkage of Macedonia to the EU and Nato,” the newspaper noted.

The Tsipras government bears a great responsibility for the current uproar. It was the first government that had such a positive confluence of events, with the FYROM leadership earnestly seeking an understanding. The PM from the start, however, sought ways to divide New Democracy and the Movement for Change. At first, he tried to pit the moderate views of Mitsotakis against the right wing of the party, and then charged that he became hostage to “extreme” right-wing MPs Samaras and Georgiadis. However, ND rallied together and Tsipras lost voters.

On 15 June,Golden Dawn MP Konstantinos Barbarousis called on the military to arrest the President, the PM and the Defence Minister, to block the signing of the agreement. Golden Dawn expelled him. The government spokesman blamed Mitsotakis for the unprecedented call.

The PM at first courted the Movement for Change, but later said that developments will force centre-left parties, which he said find it difficult to become one party, to shift their stance on the issue. Though there are deep divisions in the Movement for Change, both leader Fofi Gennimata and To Potami leader Stavros Theodorakis voted down the government in the no confidence vote.