Tsipras learned that he has to find more skeletons in the closet and widen his scandal-mongering. His associates say he intends to probe parties’ financing and corrupt bankers. 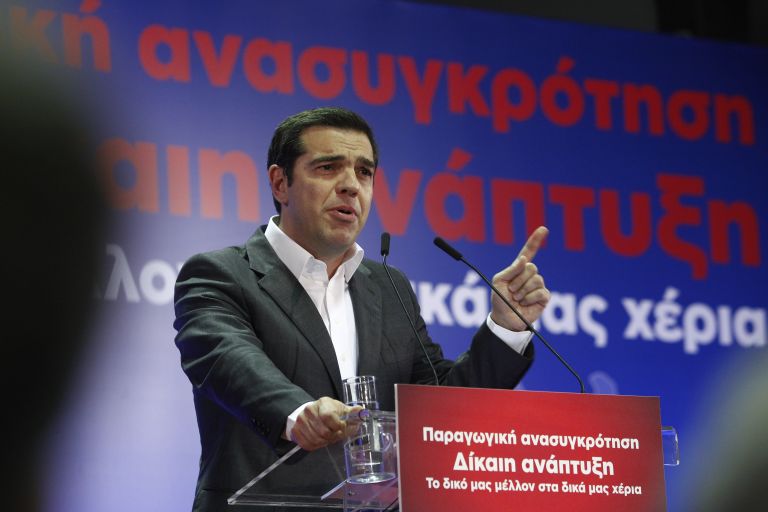 In an interview with the Spanish newspaper El Mundo, published on 4 February, Felipe Gonzalez, the historic leader of Spanish social democracy, spoke of an encounter with Alexis Tsipras.

“Tsipras asked me if assuming power cause me anxiety. I told him no. He responded that, ‘It stresses me because in certain instances, I did the opposite of what I had pledged.’ I answered him that this is happening because you were elected as a revolutionary, and I as a reformer.”

The only thing Mr. Tsipras wanted to learn is how to transcend the impasses that he himself created, how he can land without harm from his fabricated world to reality.

The above dialogue reveals an altered consciousness laboring under the burden of his inability to own up to his deeds. He constantly manufactures enemies and shapes his own identity through clashing with them. That is why he has attempted to tamper with institutions and direct the judiciary, in order to make them tools to annihilate his enemies.

He supported probing 10 politicians in parliament, with the help of Alternate Justice Minister Dimitris Papangengelopoulos, only to support a few weeks later sending the file back to the judiciary.

Papangelopoulos, a former prosecutor, is now pushing pro-government candidates in the May elections of the Union of Judges and Prosecutors.

Tsipras learned that he has to find more skeletons in the closet and widen his scandal-mongering. His associates say he intends to probe parties’ financing and corrupt bankers. Bank of Greece Governor Yannis Stournaras is a constant target, due to his support for a post-bailout precautionary credit line and his alleged implication in the Novartis scandal.

In addition, he will severely pressure oligarchs, even with trumped up, groundless charges.

The targets are carefully chosen – very wealthy businessmen who have a lot to lose, and who will either be smeared or capitulate.

Former Council of State judge and caretaker PM Pangiotis Pikrammenos was implicated in the Novartis affair and charged that he was targeted due to his friendship with the family of New Democracy leader Kyriakos Mitsotakis. Mitsotakis is preparing for an onslaught of slander, and Defence Minister Panos Kammenos says that, because of a close relationship with a businessman, New Democracy has been turned into a political arm of a criminal organisation.

Sources say that the prime minister’s office aims to remand in custody someone accused of corruption, so as to rally SYRIZA and limit its electoral decline.

Politicians, publishers, journalists, bankers and businessmen are transformed into sinister forces that can be easily stoned by popular rage.

One is dealing with a dark plan with many unknown parameters.

When the government’s own allies are threatened, the government pushes everyone off the cliff, as was done with the prospect of a football Grexit from FIFA. Instead of enforcing the law against one football club owner who violated the rules, it claims not be scared by the Grexit prospect.

After Finance Minister Euclid Tsakalotos’ episodic speech in Piraeus, with Olympiacos FC protesters, the fans were attacked by riot police.

“About the incident in Piraeus, the opposition did not breathe a word,” said Justice Minister Stavros Kontonis. “Why? Can it be because there is an elective affinity between [Olymiiacos FC owner] Mr. Marinakis with the Mitsotakis family? Mr. Marinakis’ newspapers have become a mouthpiece for New Democracy and the Democratic Alliance party.”

In other words, the problems in football are due to football club owners, and especially one of them, along with New Democracy and the newspapers Ta Nea and To Vima.