Movement for Change is lambasting the Syriza-Independent Greeks government’s handling of the affair, characterising Alexis Tsipras’ moves as irresponsible, amateurish and rife with double talk, referring to the diametrically opposed views of the ruling coalition partners. 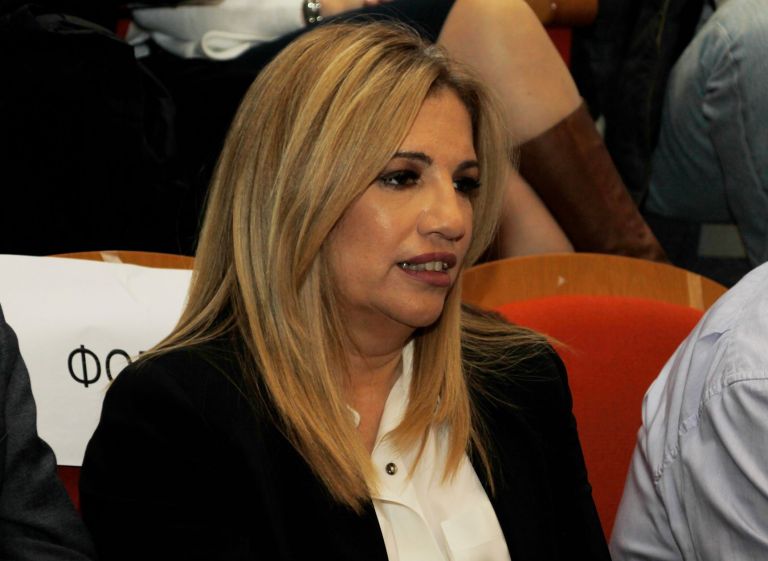 The political developments on the FYROM naming issue, and an assessment of the handling of recent third bailout evaluation by the government, topped the agenda for today’s meeting of the executive Political Council of the Movement for Change, which unites three parliamentary parties – Pasok, Democratic Left, and To Potami – and is led by Pasok president Fofi Gennimata.

Gennimata is seeking to create a synthesis of the various views on the FYROM issue expressed by various members of the Political Council and of the party.

She supports acceptance of a composite name for FYROM, to be used by all, along with ironclad guarantees that any settlement will avert irredentist actions and propaganda, and that it will not leave room for the agreement itself to be undermine.

At the same time, the Movement for Change is lambasting the Syriza-Independent Greeks government’s handling of the affair, characterising Prime Minister Alexis Tsipras’ moves as irresponsible, amateurish and rife with double talk, referring to the diametrically opposed views of the ruling coalition partners.

They said that all this is destined to lead the negotiating process to an impasse and, what is worse, a national defeat.
But Gennimata and her party are also raking New Democracy leader Kyriakos Mitsotakis over the coals, declaring that he lacks a clear position on a matter of national significance.

Gennimata charges that Mitsotakis has lost his composure due to divisions within his own party over the issue, and that he is being held hostage by the most extreme nationalistic elements in his party.

As regards the huge demonstrations calling for Greece to reject any use of the name Macedonia, To Potami leader Stavros Theodorakis and Democratic Left leader Thanasis Theocharopoulos have come out in opposition, as has Gennimata’s erstwhile challenger for the leadership Nikos Androulakis, and Athens Mayor Yorgos Kaminis, who is an independent member of the Movement for Change and its Political Council.

The Pasok party has not supported such demonstrations, but it does not want to alienate a potentially large pool of voters, who, as the party views it, expressed their sensitivities on a national issue and are anxious to secure an honourable solution.

As for the measures passed by the government as part of the third bailout evaluation, the Movement for Change is depicting it as a Waterloo for both the government and society.

Pasok MP Odysseas Konstantinopoulos characterised the omnibus law that contains dozens of commitments to creditors as “a class-based law that hits hard at the weakest segments of society: families with three or more children, consumers, and vulnerable citizens who seek refuge in the judicial system, while it also organises ‘Syriza businesses’ at many levels”.