Tornadoes cause major damages in Ilia and Zakynthos

The island of Zakynthos was struck by a tornado shortly after 8am on Tuesday, the… 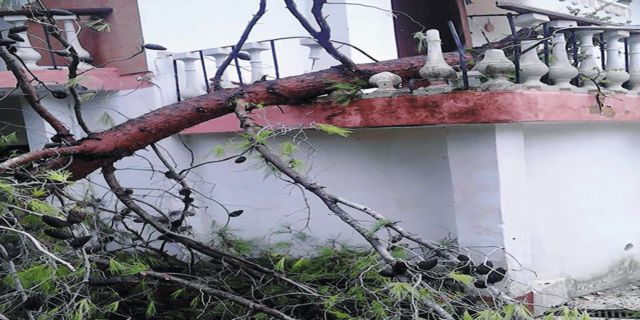 The island of Zakynthos was struck by a tornado shortly after 8am on Tuesday, the fourth in the past few weeks. The strong winds and heavy rainfall have knocked down power lines and trees in the areas of Tsilivi and Vanatou.

Meanwhile, part of roof was blown off a house in the area of Laganas, while the Fire Brigade was called out about 20 times for fallen trees. The areas of Vasilikos, Kalamaki, Alykew, Alykanas and Pigadakia have been affected by the adverse weather.

The situation is similar in Ilia, with patrisnews.com reporting that Amaliada and Kampos have been suffered from the strong winds and thunderstorms. A tornado is also said to have struck a camping site in Palouki.