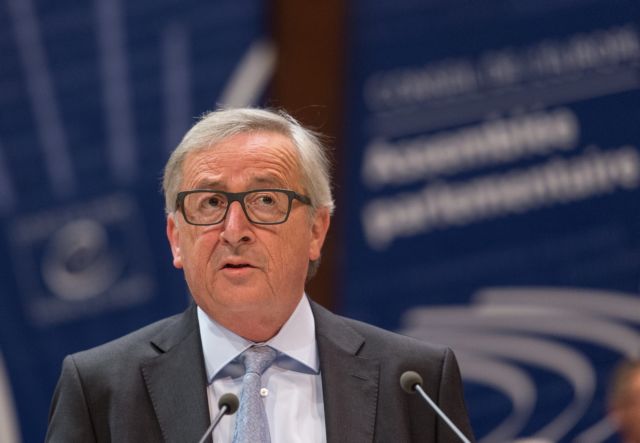 The head of the European Commission Jean-Claude Juncker argued that Greece does not need any contingency measures, but rather time and to take ownership of the measures.

In an interview published in MNI and Euro2day.gr, Mr. Juncker explained that European Commission will not support a plan for contingency measures and will only examine such a prospect provided all parties are in agreement and close cooperation with the Greek government.

Although Mr. Juncker admits that the distance with the IMF must be bridged, so that the Fund continues to be involved in the Greek bailout program, he underlined that satisfying the IMF at all costs is not an end in itself. Mr. Juncker appeared confident that the Eurostat divs to be published on Thursday will justify the Commission.

The European Commission President estimated that it was not wise to set any deadlines for the bailout review and stressed that anyone who dares to bring back the scenario of a ‘Grexit’ is playing with fire.

Regarding the talks on debt, Mr. Juncker stated that they must soon begin and noted that it is a political issue. He also ruled out the prospect of a nominal haircut and added that the possibility of an automatic reprofiling will depend on the agreement that is reached.