The conditions in the northern Greek town of Idomeni are becoming increasingly worse, as NGOs temporarily withdrew from the… 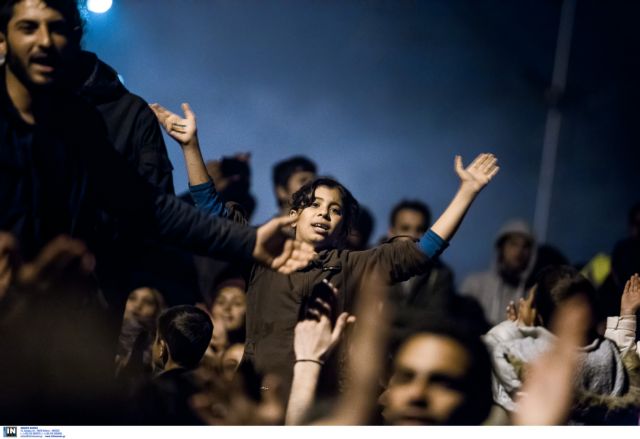 The conditions in the northern Greek town of Idomeni are becoming increasingly worse, as NGOs temporarily withdrew from the temporary camps on Tuesday over security concerns.

About 10,000 to 12,000 refugees have gathered in Idomeni in hopes of crossing over into FYROM, so that they may continue their journey further into Europe, however after the recent EU-Turkey agreement this may remain a pipedream.

“The situation is difficult. There is tension, the people are exhausted. They come to the infirmaries and shout, they want to be first in line, they cannot wait” Antonis Rigas of the Doctors Without Borders told To Vima.

Mr. Rigas further explained that the Doctors Without Border pulled out on Tuesday afternoon because its members did not feel safe. “They told us not to distribute food. They did not allow our truck to go through. There are groups of people shouting ‘we don’t want food, we want the borders to open’. We are waiting for things to calm down to see what we will do. We have all reached our limits” he added.

The UNHCR Spokesperson Babar Baloch, who left Idomeni on Tuesday after two refugees attempted to set themselves on fire, told To Vima that he was concerned about the situation growing worse, since the people are losing their patience and there is major tension.

Mr. Baloch commented that although Greek authorities are urging the refugees to leave the area, there are no places for them in the hospitality centers at Diavata and Cherso. Others want to return to Athens, but have run out of money, he added.

The president of the Doctors of the World in Greece Nikitas Kanakis told To Vima that the NGO’s doctors remained in Polykastro on Tuesday evening, rather than the refugee camps for their scheduled shift, due to security concerns. “We must look out for the safety of our volunteers” he lamented and estimated that a “new Idomeni out of concrete” is emerging in Piraeus, as thousands of refugees arrive there from the islands and set up camp.