Following the impressive win of Olympiacos in the Champions League on Wednesday, Asteras Tripolis defeated Cypriot side… 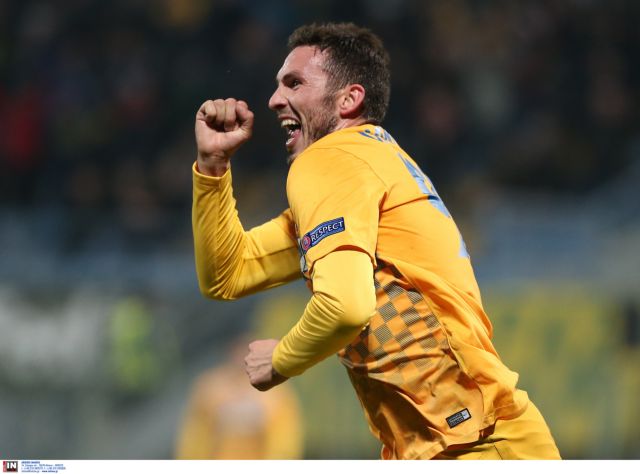 Following the impressive win of Olympiacos in the Champions League on Wednesday, Asteras Tripolis defeated Cypriot side APOEL 2-0 in Greece, taking an important step towards progressing to the next phase. Thessaloniki-based PAOK lost to Krasnodar in Russia and remains without a win in Europe.

Asteras had an ideal start in Thursday’s game, with Facundo Bertoglio opening the score in the 2nd minute of the match during a corner kick. The Cypriot defensive line was caught off guard, allowing the Italian midfielder to score. APOEL missed the opportunity to equalize the game with Semir Štilić hitting the crossbar. In the dying moments of the first half Masa provided Giannou with an assist, who had no trouble doubling his team’s lead.

The Cypriot never managed to get into the game and with the Greek tow goals up, Asteras coach Staikos Vergetis had no reason to carry on with the offensive plays in the game and focused on preserving the score. In the 69th minute of the match the referee temporarily halted the game due to APOEL fans lighting up flares and launching them into the pitch. They also set fire to the stands.

PAOK on the other hand is seriously facing the prospect of prematurely ending its European campaign this year, as the “White-Blacks” have yet to win in the group stage. The Russian side appeared more enthusiastic on the pitch and opened the score in the 33rd minute of the game with powerful header by Ari.

The Russian team effectively sealed the game in the second half after PAOK’s Charisis fouled Kaleshin in the penalty box in the 67th minute of the match. Joãozinho took the penalty kick and doubled his team’s score. It was rather late when PAOK finally entered the game and all that it managed to do was reduce the score in the 90th minute with Mak.