Europa League: Draws for Asteras in Tripoli and PAOK in Baku 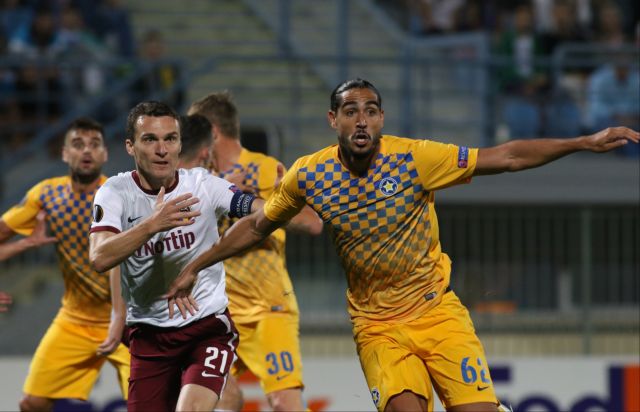 In the first game that took place in Tripoli, local side Asteras had many opportunities to secure a win that would significantly help the team in its European campaign this season. Asteras opened the score with Pablo Mazza in the second minute of the match, while Sparta captain David Lafata equalized that game in the 56th minute.

PAOK was unable to defeat Qäbälä – the team from Azerbaijan that recently knocked Panathinaikos out of the competition – in Baku and drew 0-0. Although PAOK had a number of opportunities to score a goal, Qäbälä managed to its own in its Europa League group stage debut. This was also the first European match for PAOK’s star player Dimitar Berbatov.

Asteras will next face Schalke in Germany and PAOK will host Dortmund in Thessaloniki. Both games will take place on the 1st of October.