Greek champions Olympiacos were defeated 3-0 from Germany’s Bayern Munich in Piraeus on Wednesday evening, in the club’s… 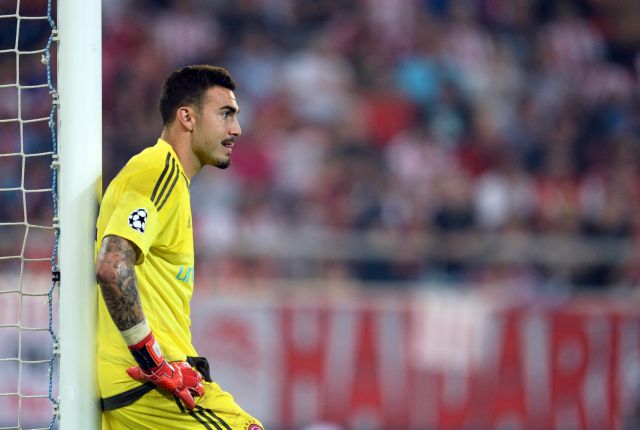 Greek champions Olympiacos were defeated 3-0 from Germany’s Bayern Munich in Piraeus on Wednesday evening, in the club’s first European match in the new season.

Although the Greek side entered the game stronger and had its moments in the first half, the German side eventually dominated both sides of the pitch. With Olympiacos having adopted a passive role and unable to hold the ball in the midfield, it was only a matter time before Bayern scored a goal.

Striker Thomas Müller (52’) scored a goal early on in the second half of the match after a lapse in concentration in Olympiacos’ defensive line. The Greek side tried to fight back and missed an opportunity to equalize the score with Leandro Salino.

Ultimately though, with the Greek side unable to take any offensive initiatives, Mario Götze (89’) scored a second goal for Bayern, while Müller (90+2’) scored a third in the injury time.

While the defeat from Bayern did not come as much of a shock to the “Reds”, the fact that Dinamo Zagreb defeated Arsenal, the other top club in the group, may further complicate the Greek side’s European campaign this season.

PAOK and Asteras in the Europa League

The group phase of the Europa League kicks off on Thursday evening, with PAOK facing Qäbälä in Azerbaijan (20:00) and Asteras hosting Sparta Prague in Tripoli (22:05).