Disgraceful elimination for Panathinaikos from the Europa League 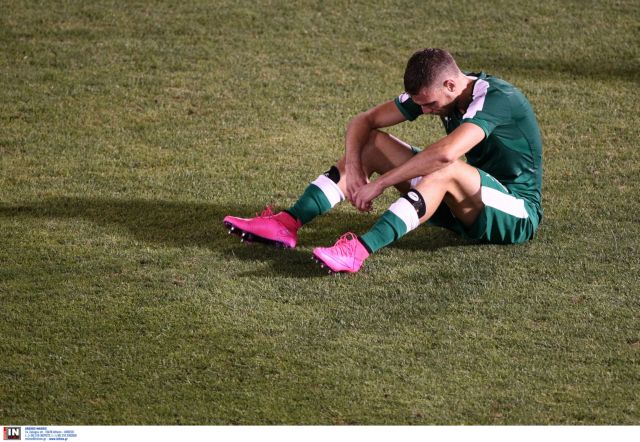 Athens-based Panathinaikos was disgracefully knocked out of the Europa League on Thursday evening after a 2-2 draw in the second match with Qäbälä from Azerbaijan. The two teams drew 0-0 in the first game that took place in Baku.

The Azeri team shocked the “Greens” and took the lead early on in the first half with star player Dodo (6’) however Yannis Anastasiou’s players managed to level the score by half-time with Marcus Berg (34’). Panathinaikos had the initiative throughout most of the game but was unable to take advantage of any opportunities.

As time went on, the Azeri side became more confident in repelling the Green attacks and managed to take the lead once more with Dodo (60’) in the second half. Panathinaikos struggled to respond and managed to equalize the score in the 78th minute of the game with a header by Nano, but was unable to go any further.

After the match ended distraught fans of the Greens entered the pitch and assaulted players Sanchez and Zeca, while demanding the resignation of coach Anastasiou. Club chairman Yannis Alafouzos attempted to calm the fans and admitted the humiliating result, but was unable to do much more.

In the other two matches with Greek teams on Thursday, Atromitos was defeated 3-0 by Fenerbahçe in Turkey while PAOK drew (1-1) with Brøndby in Denmark. In the first leg of the series Atromitos had lost 1-0 in Peristeri, while PAOK won 5-0 in Thessaloniki. As such only PAOK will progress to the group stage of the Europa League, where Asteras Tripolis has already qualified.

Difficult task for Olympiacos in the Champions League

Greek champions Olympiacos will have a difficult task in the Champions League, after being drawn in Group F with Bayern Munich, Arsenal and Dinamo Zagreb. The first match for the “Reds” will be against the German champions at the Georgios Karaiskakis stadium in Piraeus ion the 16th of September.