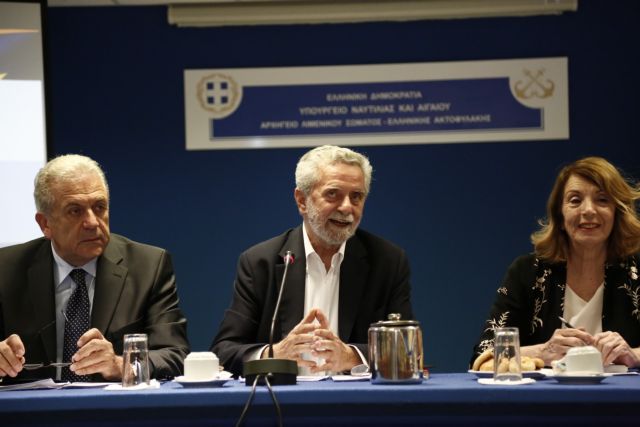 The Ministry of Shipping in Piraeus is hosting a discussion on the European Agenda on Migration and other matters related to migration policy.

Amongst those expected to attend the meeting are the European Commissioner for Migration, Home Affairs and Citizenship Dimitris Avramopoulos, the Minister of Interior Nikos Voutsis, the Alternate Ministers of Public Order Yannis Panousis, Shipping Thodoris Dritsas and Migration Policy Tasia Christodoulopoulou, as well as the Chiefs of the Hellenic Police Dimitris Tsaknakis and the Coast Guard Athanasios Athanasopoulos.

Previously, Mr. Avramopoulos has argued that the European Agenda on Migration is not an ‘emergency solution’, but rather a comprehensive strategy that will guide Europe for the next five to ten years. He has also supported the distribution of asylum seekers amongst EU members, in order to alleviate the stress on first reception countries, such as Italy and Greece.

According to the European Commissioner’s proposal regarding the distribution of asylum seekers, each country’s population, GDP, unemployment rates and overall number of asylum seekers already residing there, before carrying out any relocations.