Tsipras developing ties with Brussels, Berlin, Paris and the ECB

The leader of the main opposition party Alexis Tsipras is thought to be developing “unofficial contacts” with Brussels, Paris… 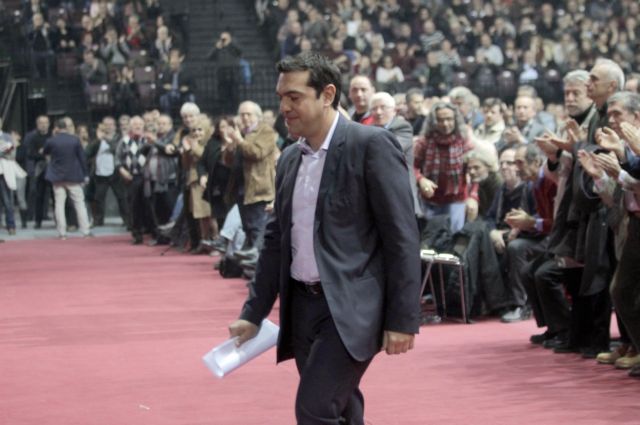 The leader of the main opposition party Alexis Tsipras is thought to be developing “unofficial contacts” with Brussels, Paris, Berlin and the European Central Bank, according to a report in the Sueddeutsche Zeitung.

The newspaper report cites sources “in France and Germany” which are increasing their contacts in Athens with SYRIZA and argues that similar processes are taking place in the ECB and Eurogroup. It appears that the SYRIZA leader himself took the initiative, with the Sueddeutsche Zeitung also noting the aim of these unofficial contacts aim is to “make acquaintances and seek out mutual points for future discussions”.

The current general secretary at the German Ministry of Labor Jörg Asmussen is named as the contact between Berlin and SYRIZA. While Mr. Asmussen has not been officially tasked with establishing communication with SYRIZA, both Chancellor Merkel and Vice Chancellor Gabriel “are informed” and not appear to block it.

Mr. Asmussen, who up until 2013 was a council board member at the European Central Bank, is also reported to be the contact between Brussels and SYRIZA.