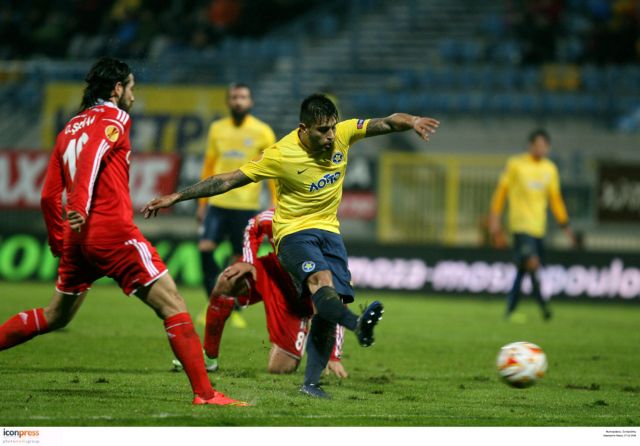 The European campaign of Asteras Tripolis this year has come to an end after a 2-2 draw with Besiktas at the “Theodoros Kolokotronis” stadium, with the Arcadian team being four points short of qualifying to the next round with only one game left. Despite the failure to progress to the next round though, Staikos Vergetis’ team exceeded expectations and

On the other hand, Athens side Panathinaikos continued to disappoint its fans and met another defeat, this time by Dinamo Moscow (2-1). The Greens took the lead in the first half, but were unlucky in the second half, with the tides of the game changing within 5 minutes. Panathinaikos was unable to fight back and conceded defeat. The Greens are at the bottom of the group, with only one point, trailing behind Estoril and Eindhoven.

PAOK however managed to keep the European dream alive with its 0-2 away win against Dinamo Minsk. In conjunction with the other group match, PAOK remains hopeful of progressing to the round of 32. The final match day for the group phase of the Europa League is in two weeks, in the 11th of December.