Budget for 2015 to be submitted in Parliament by Friday

The Alternate Minister of Finances Christos Staikouras is set to submit the 2015 budget in Parliament by Friday, which will show… 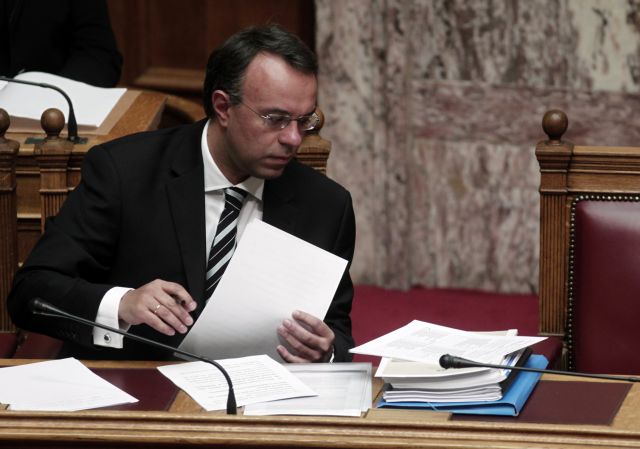 The Alternate Minister of Finances Christos Staikouras [pictured] is set to submit the 2015 budget in Parliament by Friday, which will show a 1.8% GDP primary surplus for 2014 and a 3% rate for 2015. The latest data available also suggests that public revenue is on the raise.

The troika’s return to Athens though is not certain, with sources telling To Vima that beyond the technical problems, there are political and diplomatic issues at hand. The Greek matter was discussed at the G20 summit in Australia between European leaders and the IMF.

Regarding “technical” objections, the troika has stressed that the coalition government’s initiative for 100-installment settlement for outstanding debts is unacceptable and has demanded the implementation of unfulfilled prior actions, such as changes to insurance and legislating on collective dismissals in the private sector, among others.

A Greek diplomatic source told To Vima that should the troika focus on technical issues it will not return to Athens, however “if their political supervisors make a phone call then they will be back by the end of the week”. The recovery of pubic revenue, as suggested by the latest data, will be a major argument in the upcoming negotiations.

The increased revenue has been attributed to the effectiveness of the controversial real estate tax (ENFIA), which saw revenue increase by 15% compared to last year. The Ministry of Finances will hope to deflect the troika pressure for further measures in 2015, which are based on estimations indicating a 2.6 billion euro budget gap, which Athens rejects.

The Greek side will attempt to renegotiate the 3% GDP primary surplus goal and reduce it to 2.5%. Should Greece be successful, this will be the first initiative towards relaxing the strict austerity that has defined the bailout era.