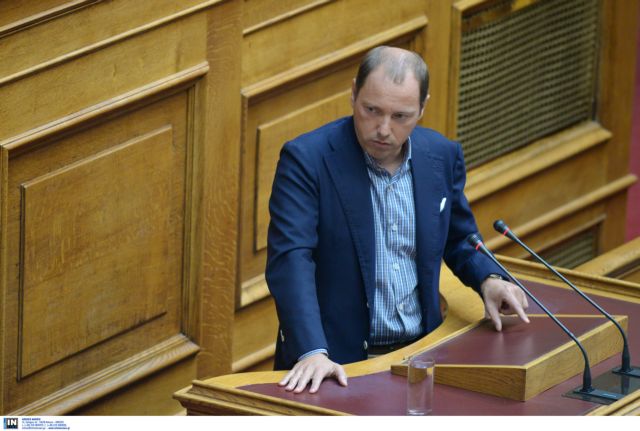 Following the roll call vote in Parliament for the Ministry of Finances’ critical bill containing a provision if 100 installments to pay off debts, New Democracy MP Andreas Psycharis has announced that he resigns from Parliament.

The first runner-up who will replace Mr. Psycharis in New Democracy’s Parliamentary Group is Alexandros Moraitakis.

Following his vote in Parliament, Mr. Psycharis issued a statement explaining the reasons for his resignation. Mr. Psycharis explains that he had been “troubled for months” and ultimately decide that he “cannot serve a political system that is unable to coordinate even on the most obvious matters”.

Mr. Psycharis notes that he was «romantic» when he first entered Parliament in May 2012 as believed to “belong to a group of political officers who discuss the country’s problems with respect for one another and who work together towards the country’s stabilization and growth”.

The New Democracy officer thanked Prime Minister Samaras for the opportunity he gave him and vowed to remain an active citizen “who will fight to improve the living standard of the Greek people and the image of the political system, which is becoming increasingly dim lately”.