Europa League: Away draw for PAOK, defeat at home for PAO and Asteras

The three Greek teams participating in yesterday’s Europa League matches were unable to overcome the competition, with… 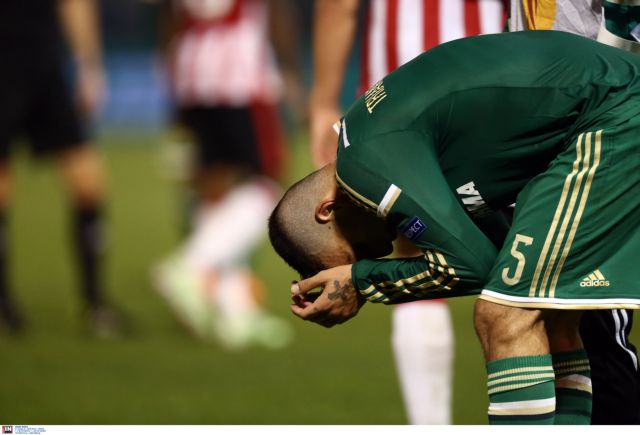 The three Greek teams participating in yesterday’s Europa League matches were unable to overcome the competition, with Thessaloniki’s PAOK drawing with ACF Fiorentina in Italy, while Panathinaikos and Asteras succumbed to PSV Eindhoven and Tottenham Hotspur in Athens and Tripoli respectively.

Panathinaikos may have started off strong and even took the lead twice in the packed out Apostolos Nikolaidis stadium, however Dutch side PSV Eindhoven ultimately walked away with the three victory points. The “Greens” took the lead early on in the first half with a superb goal by Ajagun (11’) and despite Depay equalizing the game (27’), they took the lead once again with Petrić (43’) at the end of the first half. During the second half Yannis Anastasiou’s team appeared to be close to securing its first home win, however De Jong (65’) equalized the game for the Dutch once again and Wijnaldum clipped their wings (78’). This defeat leaves PAO at the bottom of the group table.

Meanwhile in Tripoli, Asteras had a far more difficult task against English powerhouse Tottenham Hotspur. The English side dominated the game and took the lead with a successful penalty kick by Townsend (36’), while doubling the score a few minutes later with Kane (42’). The Arcadian team though did not give up and continued to pressure Pochettino’s players. In the dying moments of the game, the pressure from Staikos Vergetis’ team paid off as Tottenham’s Fazio was sent off with a red card and Asteras forward Barrales’ aim (90’) was true in the penalty that was awarded.

PAOK traveled to Italy to face group K leaders ACF Fiorentina and was the only Greek team to gain a point last night, thanks to 1-1 draw. Angelos Anastasiadis’ team took the lead in with Martens (81’), however Manuel Pasqual buried a free-kick a few minutes later. With the Italian side only needing one point to secure its participation into the next round of the competition, both teams seemed content with the score.

The next Europa League games for the Greek teams are Asteras Tripoli v Beşiktaş, Dynamo Moscow v Panathinaikos and Dinamo Minsk v PAOK on the 27th of November.