Hardouvelis: “We are before the dawn of a new era” 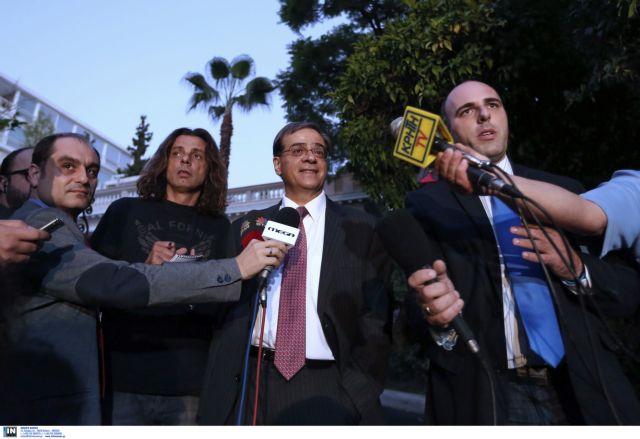 The Minister of Finances Gikas Hardouvelis commented that “we are before the dawn of a new era” following his Wednesday afternoon meeting with his German counterpart Wolfgang Schäuble in Berlin.

Mr. Hardouvelis revealed that the two mostly discussed future developments following the completion of the second Greek aid program, which is scheduled to end in 2014. The Greek Finance Minister told journalists that a mutually accepted solution for the next is sought out. According to the Minister it appears that a new program is being drafted, which will have two main “features”: the continued support from Europe and the continuation of the reform program.

The main difference compared to the previous programs is that the current one will be based on the precautionary credit line (ie a guarantee from the FSF), rather than loans. This “guarantee” will help calm the markets (and in turn see interest rates drop), which are concerned about the post-bailout future in Greece. As expected, this new program would undoubtedly include some form of supervision which an unnamed Ministry officer claim will be more lax than at present.

The same officer denied that a third bailout package was discussed between the two Finance Ministers, although he did not rule out future considerations. The officer also denied rumors that the troika has requested new pension cuts and vaguely spoke of “some corrective moves” in the future.

Finally, the officer rejected a recent report by the parliamentary budget office, according to which the coalition government has no national strategy plan regarding growth, stressing that Mr. Hardouvelis presented such work-in-progress plan to Mr. Schäuble. This plan, the officer assures, has yet to be presented before the ministerial council or in Parliament.