The controversial ENFIA property tax, the vote of which was scheduled in Parliament for Thursday, has gone through despite the… 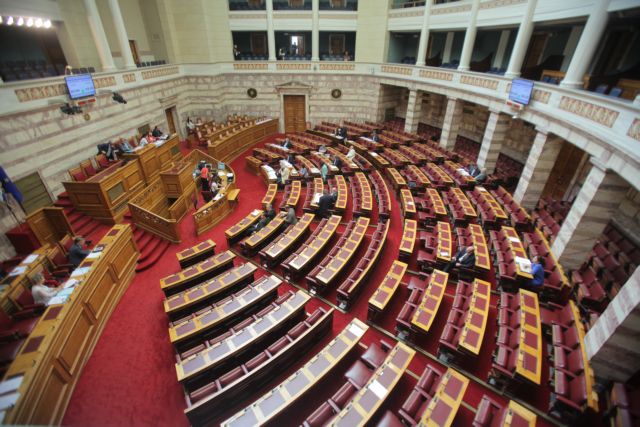 The controversial ENFIA property tax, the vote of which was scheduled in Parliament for Thursday, has gone through despite the tension amongst government and opposition MPs.

With the coalition government facing fierce opposition from New Democracy and PASOK officers alike, it is considering expanding the discounts it has been planning. The government is also set to replace a number of MPs who have openly opposed the tax, as aside from the opposition parties which have declared their intention to vote against the regulation, scores of independent MPs have also expressed their opposition.

Amongst the MPs to be replaced are PASOK’s Nikos Sifounakis and New Democracy’s Eleftherios Avgenakis. The government is also considering replacing ND MP Anna Karamanli.

PASOK’s Sifounakis specifically argued that he does “not agree with the continuation of a blatant injustice”, while New Democracy’s Avgenakis commented on his facebook account that the ENFIA tax was the coalition government’s “own goal”. Mrs. Karamanli also lashed out against the Finance Minister on Wednesday, using profane language.

The Minister of Finances reportedly told government officers that his intentions are to correct mistakes and restore injustices in the legislation, while extending tax cuts, however he is finding it difficult to convince many MPs.