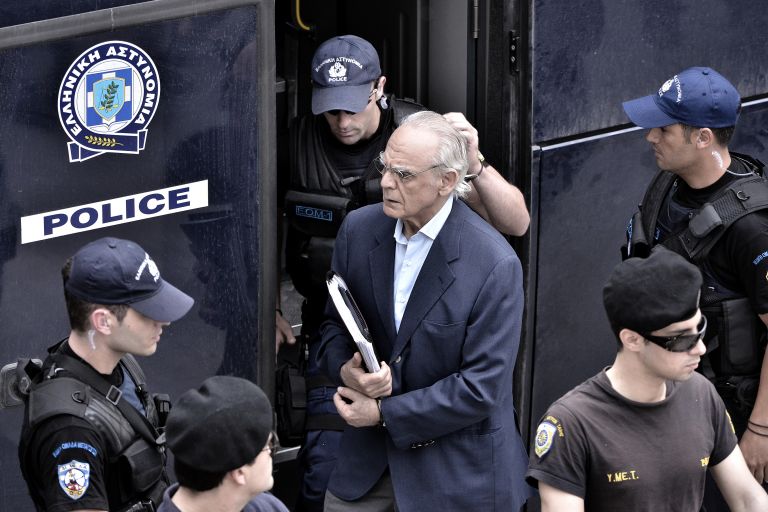 Following yesterday’s short session, the appeal court resumed proceedings this morning. Former Minister of National Defense Akis Tsohatzopoulos’ defense strategy was based on appeals, but so far has been unsuccessful. Vicky Stamati suddenly fell ill and has been hospitalized.

Mr. Tsohatzopoulos’ defense team insisted on summoning other members of the Government Council on National Defense (KYSEA) when many of the alleged crimes took place. The team of lawyers likened their client’s trial to that of former German president Christian Wulff who was accused of corruption.

Vicky Stamatis’ lawyer Alexis Kougias suggested that of the two crimes she is accused of was one – a Swiss bank deposit of 120,000 euros – committed overseas, when the related bribery charge of a civil servant that Mr. Tsohatzopoulos is accused of was not considered a crime at the time.

Mr. Kougias also referred to the luxurious apartment on Dionisiou Areopagitou Street as a “small apartment” and “not a palace” as referred to in media. The lawyer stated that “she is being held illegally […] they ruined her health, denied her communication with her child for a year and denied her contact with her husband on Easter”.