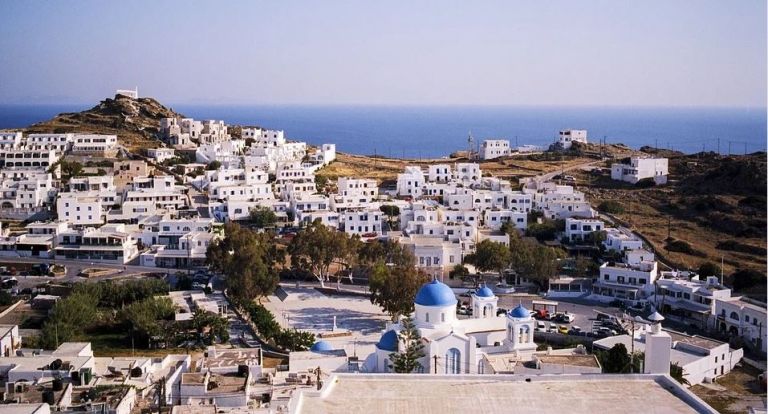 Many islands around the country are on the verge of having the same restrictions that were imposed on Mykonos as the number of COVID-19 cases is burgeoning.

Over the last few days, according to data released by the National Public Health Organisation, two young patients, one age 10 and the other 25, have died of COVID-19 and seven more are intubated.

A total of 91 patients in this age group have died since the start of the pandemic.

This data along with related projections has stirred concerns among scientists and crowding in popular islands is expected to worsen the situation.

Everyone realises that it is impossible to control the situation on the islands. There is little sense of individual responsibility and bars and night clubs are packed in the evening.

Many islands around the country are on the verge of having the same restrictions that were imposed on Mykonos as the number of COVID-19 cases is burgeoning. One sees ever more capsules for the transport of such cases to hospitals on the mainland.

The number of intubated cases is growing slowly but steadily as are hospital admissions. Today there were 172 intubated patients and 17 deaths from COVID-19.

Delta variant on the rise

There were 2,760 newly confirmed cases in the last 24 hours and that shows that the Delta variant of the virus in particular are on the rise, infecting mainly the unvaccinated and also children.

The highly transmissible Delta variant of the virus is carried by ship passengers who return from the islands to the mainland and will utilise cracks in the wall of immunity, which has not developed as one may have wished.

An internal document of the American Centre for Disease control explains the concern of public health authorities and the US government regarding the development of the pandemic.

The document, published by the Washington Post and the New York Times, paints a bleak picture of the situation, not only because the Delta variant may be as transmissible as chickenpox, but also because it can afflict even vaccinated people.

For the unvaccinated, symptoms may be considerably more serious than those of other variants and that increases the possibility of complications, treatment in an ICU, or even death.

Greek experts believe that the massive number of tourists on popular islands will substantially increase the transmission of the virus.

Everyone, however, recognises the fact that it is well nigh impossible to control the situation on the islands. The sense of individual responsibility is waning and parties at bars and clubs end after dawn.

Government to take all necessary measures

The government is prepared to take drastic measures to stem the spread of the virus this summer.

“If we see that the situation is getting out of hand and that we have many new clusters of cases and that we cannot control the existing ones, although we do not want to, we obviously we will have to take [restrictive] measures like the ones we took in Mykonos several days ago [curfews etc.],” said Deputy Minister for Civil Protection Nikos Hardalias.

He noted that on the island of Ios the situation is getting out of control due to the crowding of young people.

The government is especially concerned about the fact that the ECDC has placed 13 islands in the red high-risk zone on its map.

The government’s plan for dealing with a large local spike in cases includes imposing a curfew on restaurants and bars with only seated customers (four per table), with indoors areas shut, and with a ban on playing music.

Other measures include a general, localised midnight curfew, the suspension of religious festivals – which normally draw huge crowds with loud music – and litanies, a ban on gatherings of more than nine people, and mandatory use of masks outdoors even when there is no crowding.