Editorial: The example of Mount Hymettus

The plan of reaction to the Mount Hymettus fire demonstrates the capabilities and can serve as a model of reaction to such phenomena which will increase in the future. 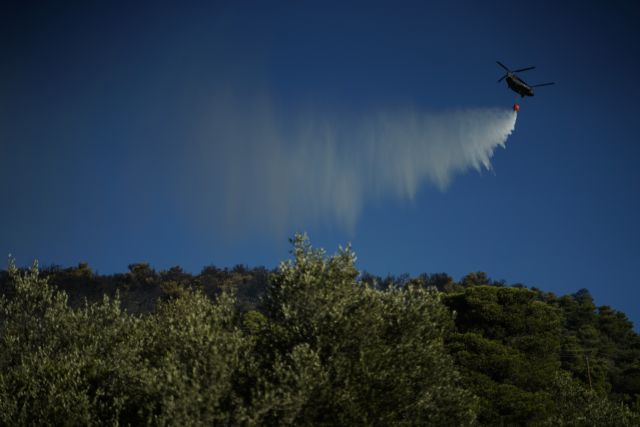 Many are attempting erroneously to compare the fire that broke out at dawn on Monday at the borders of Paiania at the edge of Mount Hymettus to the disastrous wildfire in Mati last year that claimed the lives of over 100 people.
Every such incident is distinct and occurs in different weather conditions.

Still, everyone must recognise the immediate reaction and swift mobilisation of the Fire Service in the case of Mount Hymettus.

The putting out of the wildfire on Mount Hymettus and the saving of the capital’s only forest is attributable to the swift reaction and the exact implementation of Fire Service rules and guidelines.

Residents were alerted in a timely manner, roads were not blocked and remained open. The access of fire trucks was not impeded. At dawn an adequate number of fire-fighting planes took off and prevented the expansion of the fire to the other side of the mountain.

The proper fire service planning saved the day as the direction of the fire was correctly predicted and preventive firefighting proved effective at the border of the ridge and the canyons above Paiania.

The coordination of forces was excellent and a fateful end was averted.

One may maintain that the Fire Service benefited from the receding of the winds and that other fires did not break out simultaneously in Attica.

Still, everything went according to plan as circumstances mandated and as immediate intervention and reaction rules dictate.

The plan of reaction to the Mount Hymettus fire demonstrates the capabilities and can serve as a model of reaction to such phenomena which will increase in the future.

The aim of an effective and functional state that respects citizens is to create comprehensive and disciplined mechanisms to handle natural disasters.

There must be timely warning systems and effective immediate intervention mechanisms that are organised with developed plans drafted by experts, so that last year’s tragedy which rocked the nation will not be repeated.