Greece must be protected and not be allowed to be transformed into a gambling paradise. It is impermissible for Greece to become a state-casino in the centre of the eurozone. 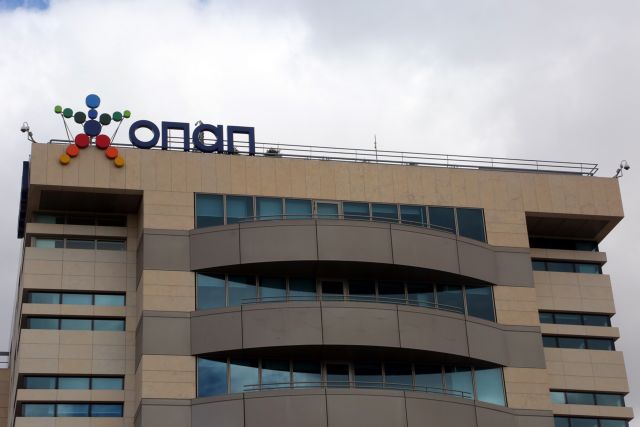 The social toxicity of gambling has been known to us nearly as long as the existence of contemporary societies.
That is why authorities in advanced countries kept various forms of gambling (games of luck, wagers, casinos, lotteries, and horse racing bets) under their control so as to strictly limit their expansion to the detriment of society and to manage in a socially beneficial manner the enormous profits.

States achieved this through the creation of state monopolies or, when there was a developed private market, through very powerful regulators who were entrusted with managing the toxic impact in cities and with ensuring the return of a substantial portion of the superprofits to society by channeling funds to athletics, culture, and the arts and sciences.

In Greece, the regime that governs gambling is nearly unique internationally.

Here what we have is a peculiar private monopoly and a state regulator that is dependent on it. The regulator here neither controls the diffusion of toxicity, nor does it control the distribution of superprofits beyond paying taxes to the state.

This peculiar private monopoly in Greece is expansionist and not transparent insofar as returning a portion of the superprofits to society is concerned.

Moreover, it has a strong impact on politics, the media, and other areas, as is witnessed by the radio silence on how it operates.

The particular political and economic conditions that prevailed in Greece during the bailout memorandum era – combined with technological developments – permitted the creation of an overblown and unassailable private monopoly.

Weak governments which faced the pressures of creditors to privatise and produce greater revenues agreed to cede this privileged economic activity to private interests, which in turn tended to their profits, which were distributed to non-transparent private shareholders in Greece but also and mainly abroad.

The lack of transparency is so great that they are now trying to shirk even their minimal commitments which arise from the public character of the company which controls betting.

That appears to be the goal of the planned share buyout – to take the OPAP betting company out of the Athens Stock Exchange at an opportune moment.

The toxicity of the phenomenon will soon mushroom if one considers that the country will be packed with small, local casinos in even the economically weakest communities.

Moreover, the famed casino on Mount Parnitha will be moved into the Athens area. The bill approving that with express procedures is attributable to the personal, intertwined vested interests of Alexis and Sokratis.

In addition, a much larger casino will be created at Elliniko, in the southern suburbs of Athens.

Given the impending negative social consequences of the forthcoming mushrooming of gambling, the government has a duty to closely check the entire procedure and to set new, strict rules from scratch so as to monitor the diffusion of toxicity and to ensure to the greatest extent possible the return of a portion of the superprofits to Greek society, which remains in crisis.

The existing toxic monopoly must not be permitted to retain its deep privileges.

At the same time, the country must be protected and not be allowed to be transformed into a gambling paradise.
It is impermissible for Greece to become a state-casino in the centre of the eurozone.

One assumes that this cannot possibly be the vision of the new Greek government.