If Greece is to have any hope for sustainable economic growth the lowering of the 3.5 percent of GDP primary surplust target (through 2022) is considered crucial. 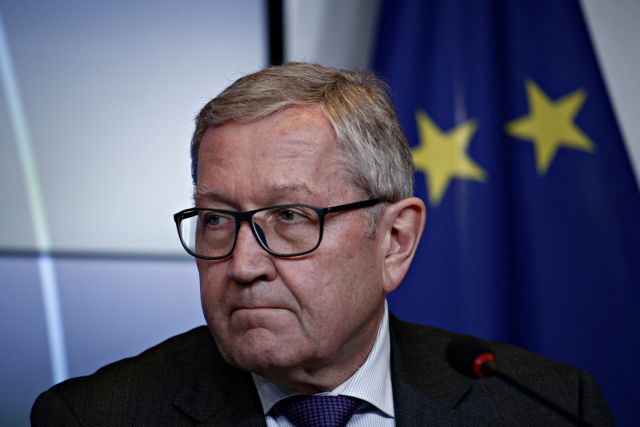 Managing Director of the ESM, Klaus Regling gives a press conference at the results of Eurogroup finance Ministers meeting in Luxembourg on June 22, 2018
Share

The head of the European Stability Mechanism (ESM), Klaus Regling, has left open the prospect of Greece not lowering its tax-free threshold as it agreed to with creditors, but Regling also signaled that the incoming Greek government’s aim of lowering of primary surplus targets is at the moment hardly a sure thing.

Following yesterday’s Eurogroup, which came straight on the heels of conservative New Democracy’s leader Kyriakos Mitsotakis’ landslide victory in the 7 July Greek general election, Regling made clear that the new government must tackle problems with a view to the 2020 Greek budget and opt for policy that can advance economic growth.

If Greece is to have any hope for sustainable economic growth the lowering of the 3.5 percent of GDP primary surplust target (through 2022) is considered crucial.

For the time being, however, Regling appears extremely cautious.

“We know from the electoral campaign that the new government will focus on a new set of tax meassures and new priorities in deciding on how to meet fiscal targets. We must go and listen to the new government. As regards the primary surplus, that target was the cornerstone of the adjustment programme from the start. Now Greece is outside of the [fiscal adjustment] programme, but the commitment exists since 2015. It had been decided by European leaders and is nothing new. It is the precondition for further debt relief measures and it is very difficult for me to see how the viability of the debt will be achieved without that [primary surplus] number,” Regling stated.

“Commitments are commitments, and if we break them, credibility is the first thing to fall apart. That brings about a lack of confidence and investment,” Centeno said.