Editorial: The Mitsotakis model of governance 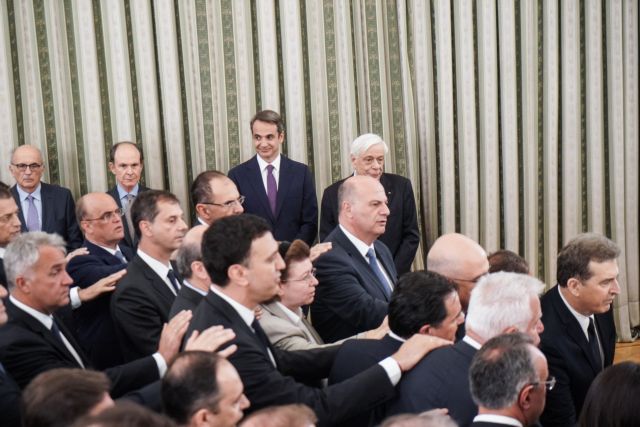 Mitsotakis to a large extent made good on his electoral promise to recruit individuals without experience in government.

The announcement of his cabinet is the first solid indication of how Prime Minister Kyriakos Mitsotakis will govern.
It is evident that he tried to strike a balance between older and newer New Democracy cadres on the one hand and technocrats with private sector experience on the other.

It is equally clear that beyond the cabinet the individuals that he has appointed to staff the PM’s office will play a central role in implementing policy.

It appears that for appointments to a number of ministries there were second thoughts and refusals of offers that created a chain reaction up until the last minute.

The result is that those responsible for a number of policy areas will assume portfolios with which they are not familiar. How successful these choices were remains to be seen in practice.

Mitsotakis, however, to a large extent made good on his electoral promise to recruit individuals without experience in government.

Hence, the cabinet includes 21 ministers who either have experience in the real economy or who have no political experience.

At the same time, he appointed to key cabinet posts centre-left politicians with substantial government experience.
Despite the clear delineation of ministerial competencies, it will be important to strike an effective balance between party cadres and technocrats, given the crucial role that the PM’s office will play.

The experience of the past as regards the level of cooperation (or competition) between ministers and deputy ministers is not the best.

Beyond cabinet picks, the new government will be judged by how decisive and methodical it proves to be.
After their experience with SYRIZA, the citizens who voted this government into office justly have enhanced expectations.

The PM appears determined to move forward swiftly, as his meeting with his economic team yesterday evening made clear.

It remains to be seen whether the ministers he has chosen will do the same.