Gennimata: Tsipras ‘bankrupted’ the name of the Left

Centre-left Movement for Change leader rips into PM even as he dons the mantle of the leader of the country’s ‘progressive front’. 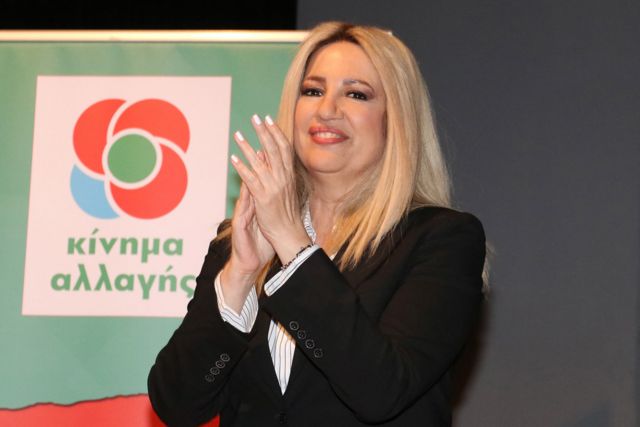 Gennimata: Tsipras ‘bankrupted’ the name of the Left

Centre-left Movement for Change (Pasok-based) leader Fofi Gennimata has lashed out at PM Alexis Tsipras describing him as a disgrace to the Greek Left following his two-hour nationally televised interview on SKAI television yesterday evening.

“Mr. Tsipras bankrupted the name of the Left with the policies that he implemented and saddled the economy with an extra 200bn euro burden,” Gennimata declared, without elaborating how she arrived at that figure.

Going one step further Gennimata predicted that Tsipras will collapse after the 7 July general election because he lacks a party and support in the trade unionist movement and society.

“He has gotten a divorce from progressive policies and politics and has nothing to do with the principles and values of the Left,” she told SKAI radio, which is under the same ownership as the television station, which has a vehemently anti-government stance.

“He bankrupted the name of the Left I dare say with the policies he implemented and through his co-existence with [junior ruling coalition partner Panos] Kammenos and the [Kostas] Karamanlis-supporting Right, which he has now sold out as well. In his campaign ads I noticed that even his own face cannot stand the lies he tells,” Gennimata said.

“We are the only political force that can counter conservatism,” she added, asserting that Tsipras “implemented the harshest right-wing policies”.

“Was it not he who abolished protection from foreclosure of debtors’ primary residence? Did he not slash pensions by 40 percent? Does he have the stature to speak to Mitsotakis?”

Gennimata would like her party to play the role of kingmaker if Mitsotakis fails to clinch a parliamentary majority and single-party rule.

However, Mitsotakis has warned that if he fails to garner a parliamentary majority there will have to be a second general election in August.

“We are a guarantor of stability and a counterweight to conservative policies,” Gennimata insisted.