Kotzias heads a left-wing political grouping called Pratto and there was an understanding with PM Alexis Tsipras and SYRIZA that the movement would nominate 10-16 MP candidates nationwide. 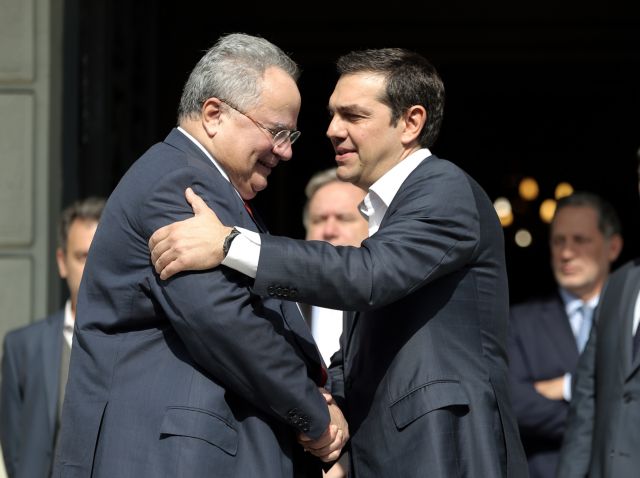 Former foreign minister Nikos Kotzias, best known as the architect of the Greece-North Macedonia Prespa Agreement, lashed out at SYRIZA cadres who said that the reason he will not stand in the coming election is that he had requested and not been given a safe spot on the party’s statewide ticket.

Enraged, Kotzias declared that he had never requested or been offered a place on SYRIZA’s statewide ticket.

Kotzias heads a left-wing political grouping called Pratto and there was an understanding with PM Alexis Tsipras and SYRIZA that the movement would nominate 10-16 MP candidates nationwide.

However, given the fact that SYRIZA is almost certain to lose the general election by a substantial margin and may have about half the MPs that it does today, the competition is fierce and local SYRIZA branches torpedoed Pratto’s nominees.

“Lies and hypocrisy are not leftist [traits], nor is saying that “it is better to have a right-wing mayor than one from Pratto”, nor is leaking that Pratto demanded a safe spot on the statewide ticket. I never asked for offices and nobody this time offered me anything. Comrades, cut it out,” Kotzias wrote in a defiant tweet.

In a televised interview on 12 June, Tsipras expressed regret over Kotzias decision.

“There was strife. He [Kotzias] nominated certain candidates that drew a negative reaction from local SYRIZA branches. Now we have the decision but I am certain we will meet up in common pursuits in the future,” Tsipras said.

In the statement announcing that it will not field candidates in the 7 July election, Pratto called on its supporters to vote “democratically, patriotically, as progressives and leftists in accordance with their conscience.”