The third party in the results released today was extreme right Golden Dawn with 5.3 percent, followed by the KKE Greek Communist Party (5.1 percent), and the Movement for Change (4.1 percent). 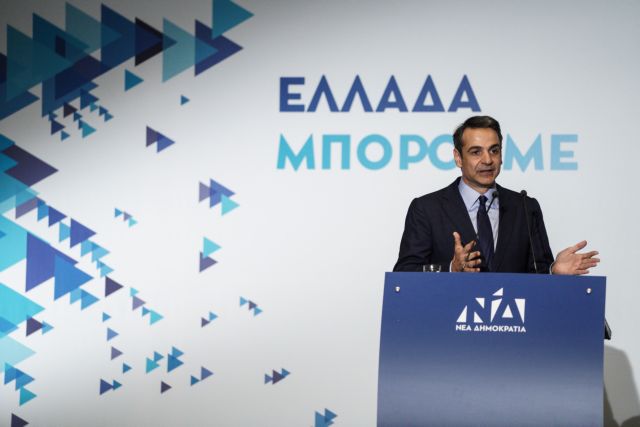 New Democracy leads SYRIZA by 6.5 percentage points (by extrapolation after excluding those who will abstain or cast spoilt ballots and apportioning the undecided voters proportionately to the parties decided respondents will vote for) – compared to a 6.2 percentage-point spread in December – in a new survey released today and conducted by the Alco polling company for private Open television.

When asked which party they would vote for now, New Democracy led SYRIZA by 5.7 percentage points (23.8 percent to 18.1 percent).

A spate of recent opinion polls had given New Democracy an over 10 percentage point lead over SYRIZA. More polls are due to be released this week.

The difference between the two top parties in the latest survey was slightly greater than in an Alco poll conducted in December, 2018, when New Democracy led SYRIZA by 5.3 percentage points.

The third party in the results released today was extreme right Golden Dawn with 5.3 percent, followed by the KKE Greek Communist Party (5.1 percent), and the Movement for Change (4.1 percent).

Two parties that entered the current parliament but did not pass the three percent threshold to enter Parliament were the Independent Greeks (SYRIZA’s erstwhile junior coalition partner) with 2.4 percent and To Potami with 1.3 percent.

Strong impact of Prespa Accord

The poll also showed that the Greece-North Macedonia Prespes Agreement has dealt a severe blow to the ruling party’s polling numbers, as a large majority of respondents indicated that the accord will play a significant role in determining the outcome of the election.

A whopping 67 percent replied that the accord will greatly affect the electoral outcome, 23 percent that it would influence the result slightly, and six percent said there would be no impact. Four percent said they did not know or refused to respond.

Asked if things would be better under a New Democracy government 21 percent responded affirmatively, 30 percent thought things would be worse, and 42 percent said there would be no difference.

As for who voters believe would be a better Prime Minister, 29 percent said New Democracy leader Kyriakos Mitsotakis and 24 percent said PM Alexis Tsipras is better.