Snowfall in Athens – Weather to deteriorate at midday

The people of Athens woke up to snow on Thursday, as the cold weather front has… 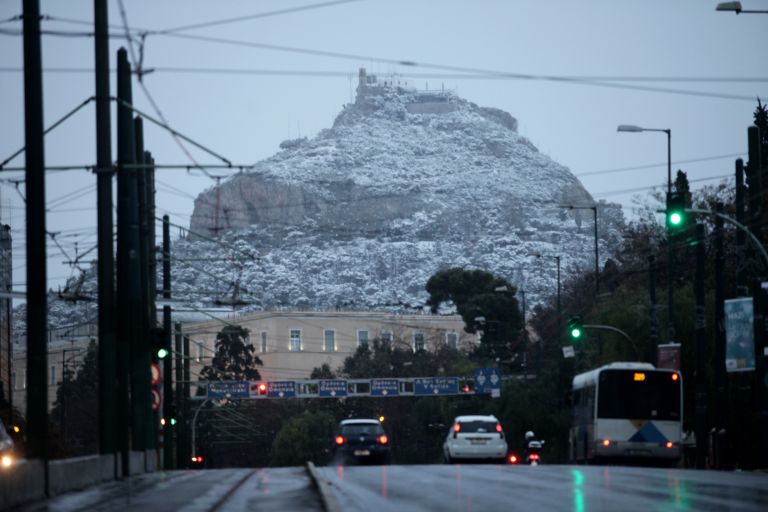 The people of Athens woke up to snow on Thursday, as the cold weather front has intensified over the past few days. The snow has managed to set in many suburbs in Attica, even in Piraeus. As a result though there are problems on the road networks, while the frost has caused the electric railway to suspend services further north of the “Irini” station. Additionally, all vessels in Piraeus, Rafina, Lavrio and Volos remain docked.

Meteorologists expect the weather to further deteriorate at noon, with EMY director Antonis Lalos commenting that the cold weather front is more intense than previously. The weather conditions are expected to begin improving, with a minor temperature rise, on Saturday.