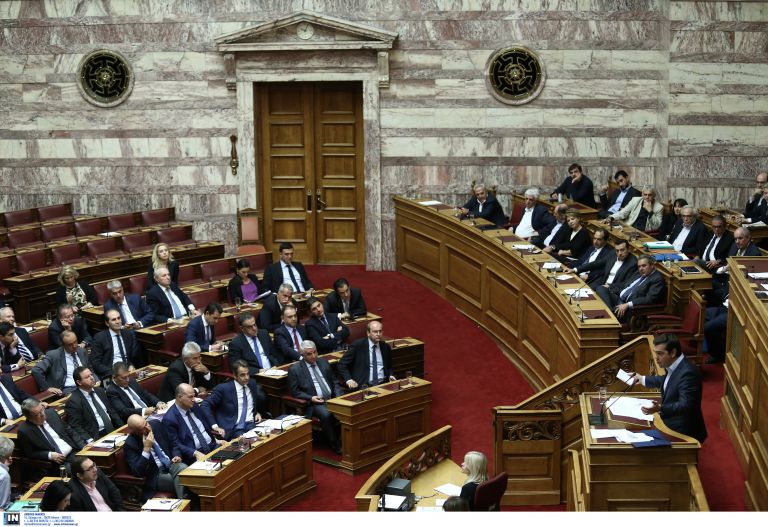 The eight-hour debate on corruption and vested interests that took place Parliament on Monday saw the Prime Minister and main opposition leader clash fiercely, as expected.

The Prime Minister Alexis Tsipras lashed out against the opposition parties, citing a history of scandals: from the concession of the radio and television broadcasting frequencies by the New Democracy/Left coalition government, the main opposition leader’s personal involvement with Siemens and a slew of others in the governments under Kostas Simitis, Kostas Karamanlis, Giorgos Papandreou and Antonis Samaras.

In response the main opposition leader Kyriakos Mitsotakis accused the Prime Minister of lies and attempting to set up his own system of corruption, claiming that the recent television licensing tender is scandalous. Mr. Mitsotakis argued that the PM was a political fraud that the Greek people will never believe again.