Critical debate on corruption and vested interests on Monday 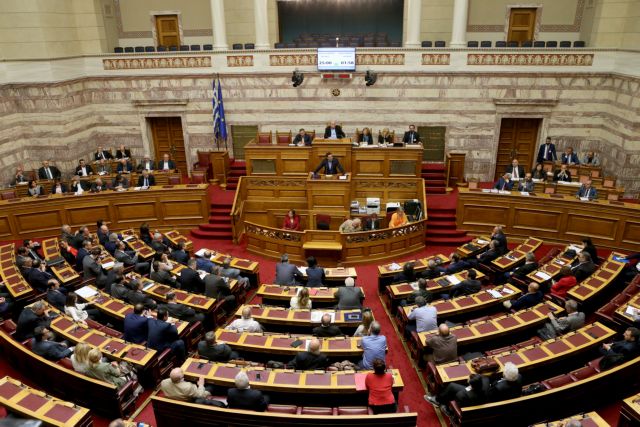 The coalition government and main opposition party are expected to have a fierce debate in Parliament on Monday, after the Prime Minister Alexis Tsipras accepted the proposal for a discussion on corruption and vested interests by New Democracy leader Kyriakos Mitsotakis.

According to the main opposition leader, the government is attempted to create its own environment of corruption and invested interests in response to the television license tender and recent revelations regarding Attica Bank. The Prime Minister responded that he will “name names” in Parliament and warned the ND leader that he will not be able to ‘escape’.

Specifically the government will underline that New Democracy and its current leader specifically failed to do anything about the state of the media for the past 27 years, when private TV stations began broadcasting. The government will also stress that the main opposition leader is defending the interests of media moguls who failed to acquire a license in the recent tender.