Fires in Larissa, Attica and Messinia “under control” 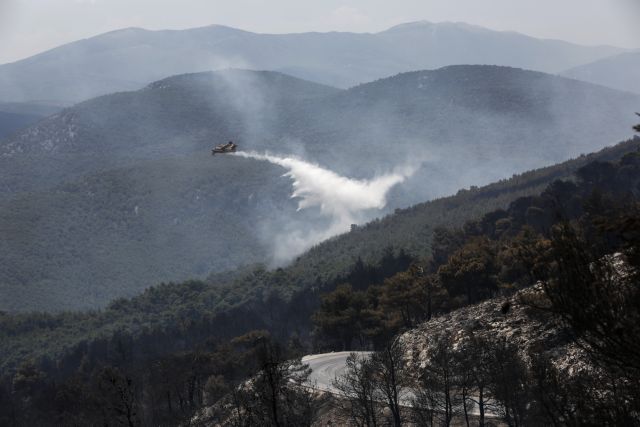 A wildfire that broke out in Gonni near Larissa early on Saturday morning has reportedly been set under control, with 75 firefighters and 22 vehicles currently engaged. Early reports suggest that over 50,000 acres of trees – primarily olive trees – have gone up in flames since the fire broke out on Saturday.

Meanwhile, the Fire Brigade has also announced that it has managed to control fires that broke out on Sunday at the landfill in Fyli, as well as in Lagonisi, Keratea, Vravrona (in Markopoulo) and in Myrsinochori, Messinia.

The General Secretariat of Civil Protection has issued a warning for high risk of fires breaking out on Monday in the areas of Thessaloniki, Halkidiki, Sporades and Rhodes.