Tsakalotos announces list of public utilities to be privatized 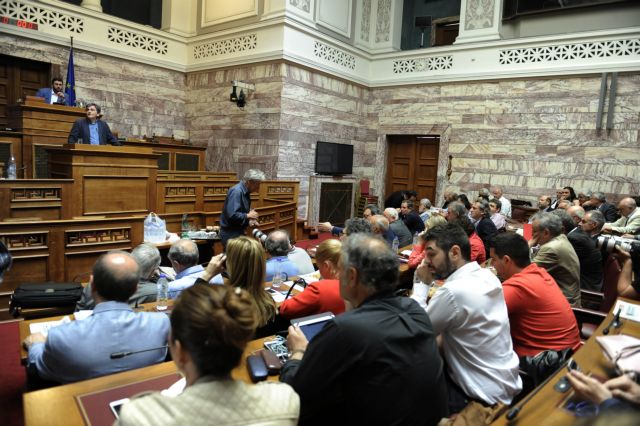 The Minister of Finance Euclid Tsakalotos and Alternate Minister Giorgos Houliarakis announced a list of public utilities which will be transferred to the Hellenic Holdings and Property Company (EDIS) for privatization, during the debate in Parliament on the omnibus bill.

According to Mr. Houliarakis, the new privatization super fund will receive shares from public and urban transportation companies OASA, OSY and STASY, as well as the OAKA Stadium and the Hellenic Post company.

Later on Mr. Tsakalotos announced that the Greek government is currently in negotiations with its creditors regarding the possible privatization of water companies EYATH and EUDAP, electricity company DEI, as well as ELVO, Attiko Metro and the Buildings’ Infrastructure (KTYP) company.

During the debate in Parliament PASOK MP Yannis Koutsoukos accused the government of selling off state assets for 100 years, with Mr. Tsakalotos rejecting the accusations and responding that PASOK will not be saved with lies.

New Democracy VP Adonis Georgiadis also joined in the exchange of words and used harsh language, while calling the Minister to step down and “swallow the bitter pill”. Mr. Tsakalotos called the ND VP “quaint” and responded that the new fund will be directed and owned by the Greek government.