Dijsselbloem: “Very few red lines in the talks with Greece” 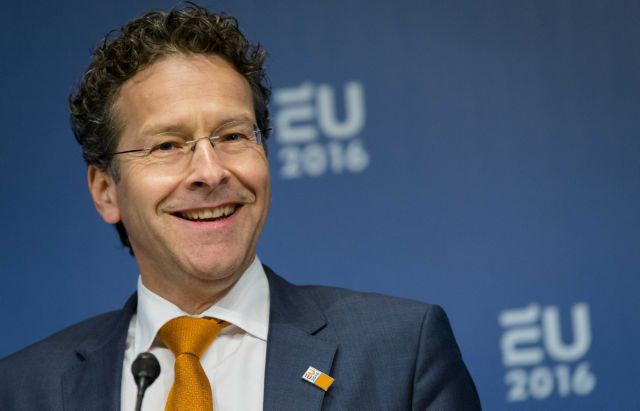 The chairman of the Eurogroup and Dutch Finance Minister Jeroen Dijsselbloem told Reuters on Thursday that there will be a final agreement on spending cuts and reforms in time for the next Eurogroup, scheduled for the 24th of May.

According to the Eurogroup chief, some details have yet to be determined in relation to the tax and pension reforms, the new privatization fund to succeed TAIPED and well as the contingency mechanism. These details, he stated, must be “done and dusted” by the next Eurogroup meeting.

Mr. Dijsselbloem also revealed that “there were very (few) red lines, very little no-gos” in the talks with Greece and noted that “the only big no-go is the nominal haircut” of Greece’s public debts. The Eurogroup chief declined to elaborate on the form of this debt relief, reflecting the disagreements amongst European creditors and with the IMF.

“We should have the discussion now about what we should do in 2018 if Greece fully complies with the program. So a semi-automatic trigger moment. I would rather discuss that now and give some clarity than have to have this uncertainty for the next 3 years” he further elaborated.