Chios: Frustrated refugees attempt to swim back to Turkey

After having paid hundreds of euros to cross the Aegean Sea, in an effort to reach central and northern European countries… 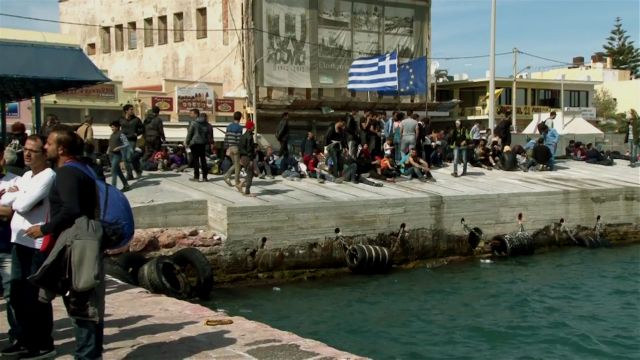 After having paid hundreds of euros to cross the Aegean Sea, in an effort to reach central and northern European countries, many refugees are growing frustrated as they are stranded on the Greek islands with some attempting to swim back to Turkey.

Based on the recent EU-Turkey agreement migrants and refugees must file an application for asylum upon arrival in Greece, with those not qualifying returned to Turkey. Some of the asylum seekers have been in the refugee centers for three months and having concluded that they applications will be rejected, have decided to return Turkey.

The politischios.gr news portal reported that four Moroccans attempted to swim back to Turkey, but they were noticed by a fishing boat, which collected them and handed them over to the local Coast Guard authorities. Another similar case was reported on Tuesday with two more refugees trying to swim back to Turkey.

Coast Guard officials told the Ethnos newspaper that refugees are perhaps reconsidering the return program to Turkey, since that means they will be kept in holding centers before being deported back to their native countries. As such, many believe they have better chances of returning on their own.

Meanwhile the implementation of the EU-Turkey agreement, in relation to returns, is turning into a fiasco. The lesvosnews.gr website reported that only 16 people are currently scheduled to be returned to Turkey.