Refugees continue to arrive as EU-Turkey deal comes into effect

About 2,000 refugees are expected to arrive in Piraeus on Monday, with the Ariadne ferry boat transporting 582 (322 from… 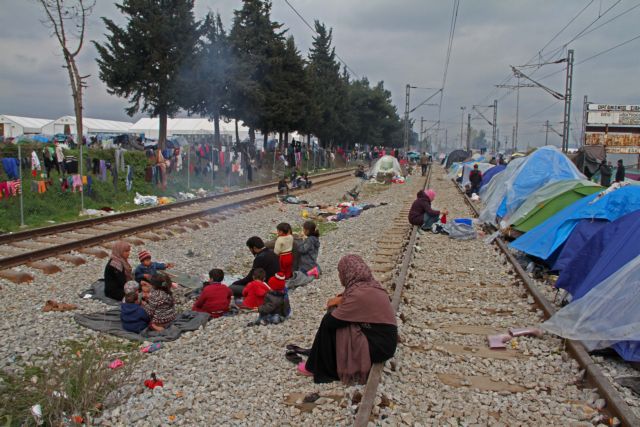 About 2,000 refugees are expected to arrive in Piraeus on Monday, with the Ariadne ferry boat transporting 582 (322 from Mytilene and 260 from Chios), while a further 1,433 are expected on board the Eleftherios Venizelos.

At present there are about 4,400 refugees who have found shelter in the passenger stations in the port of Piraeus, with the newly arriving refugees expected to be taken to the other temporary accommodation centers across Attica.

Official div indicate there are 48,141 refugees in Greece, 24 hours after the EU-Turkey agreement coming into effect, with over 12,000 at the border in Idomeni. New arrivals are expected to go through an asylum process, with economic migrants being returned to Turkey.

The recent agreement reached in Brussels will see one refugee from Turkey being resettled in the EU for every one returned from Greece. The deal has sparked controversy, with doubts being raised as to whether it can bee implemented effectively.

Greek authorities are stretched thin, with about 400 interpreters and 400 support staff needed to review applications for asylum, while a further 30 interpreters and 30 judges will be necessary for the appeal process. The return operations will require a further 40 Frontex officers and 1,500 police officers, bringing the total to about 4,000.