Jolie: “I do not believe that the refugee drama will end soon” 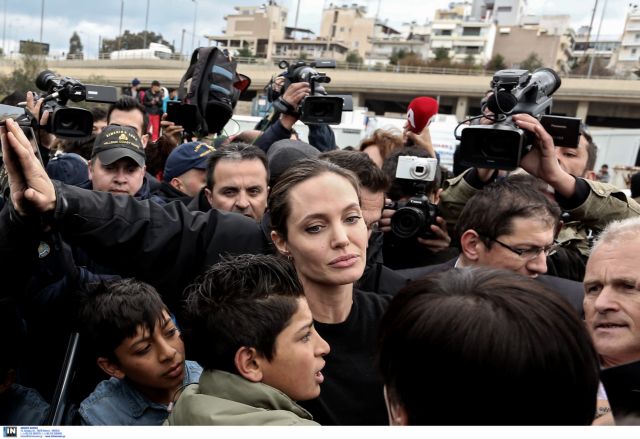 The United Nation’s Goodwill Ambassador Angelina Jolie stated that she does “not believe that the refugees’ drama will end soon”, on her way out of the General Secretariat of the Aegean and Island Policy building in Mytilene, on the island of Lesvos.

Mrs. Jolie visited the general secretariat on the island according to schedule, where she met a number of NGO officers to discuss the overall situation on the island and actions that are being taken.

According to reports she expressed her support for providing safe passage to refugees crossing the Aegean Sea. When debating the impact of the refugee influx on tourism and the local economy, the Hollywood actress also promised to arrange a vacation with her family on the island.