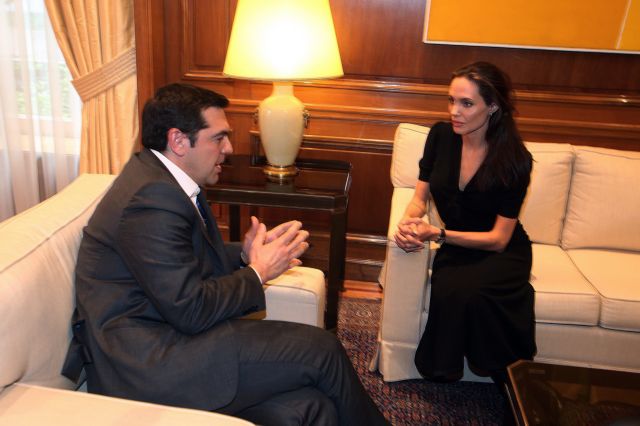 The Goodwill Ambassador for the United Nations and Hollywood superstar Angelina Jolie has arranged to visit the refugee camps at Kara Tepe and Moria on the islands of Lesvos on Thursday.

On Wednesday, Mrs. Jolie visited the refugees who have found shelter in the port of Piraeus, as well as the refugee camp that has been set up at Eleonas. In the afternoon she was received by Prime Minister Alexis Tsipras.

In the 75-minute meeting, the Greek PM explained to her the difficult situation in Greece, particularly in the north of the country, as a result of the Balkan route being shut down.

The Hollywood actress and human rights activist stated that she aims to support the efforts of the UNCHR and Greek government to address the looming humanitarian crisis.