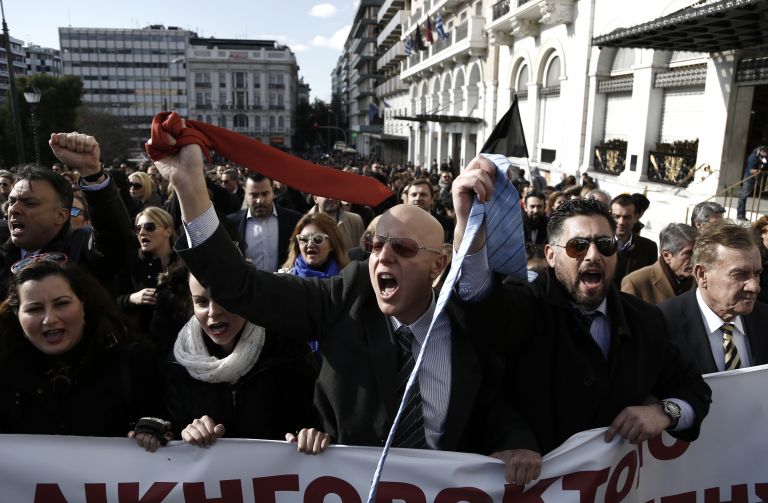 On Monday the Prime Minister Alexis Tsipras met with the heads of the country’s science bodies in order to discuss the critical reform of the pension system and made some improvements, following the fierce resistance and protests. The government has a deadline until Wednesday evening to finalize its proposals and relay them to the institutions for consideration.

For young scientists, the government has proposed that they pay contributions based on 80% of an unskilled worker’s wages, namely 468 euros, rather that the current 586 euros. Additionally, they would only pay 14% contributions for the first two years of employment and 17% for the next three, rather than 20%. The self-employed are also to pay a 6% insurance contribution, with the employer paying the other 14%.

Additionally, the government has proposed the gradual increase of contributions for annual incomes over 12,000 euros, to protect vulnerable employees and self-employed from excessive charges. Furthermore, those who have suspended their practice will be absolved from having to pay insurance contributions, while a special fund will be setup by OAED to support the unemployed.