The Minister of Labor Giorgos Katrougalos is scheduled to meet with the leaders of the opposition parties and the President of. 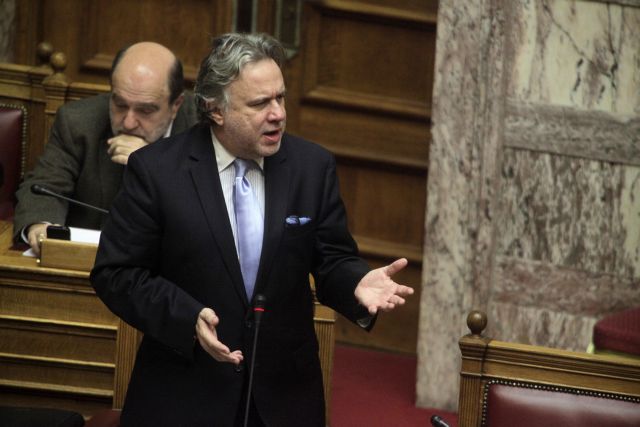 The Minister of Labor Giorgos Katrougalos is scheduled to meet with the leaders of the opposition parties and the President of the Hellenic Republic on Monday to update them on the government’s pension system reform plans.

Mr. Katrougalos will meet the provisional leader of main opposition party New Democracy Yannis Plakiotakis at 11am, followed by the leaders of the other parties in Parliament. Afterwards, at noon, Mr. Katrougalos is scheduled to meet with the president of the Union of Centrists Vasilis Leventis.

According to an interview with Mr. Katrougalos that was published in the Sunday edition of To Ethnos the pension system reform will be tabled at the end of January, as a condition for the first bailout program review.

ND’s provisional leader Yannis Plakiotakis commented that the meeting was “useful and constructive” and that after his party has had the time to evaluate the government proposal, an official statement will be made. Mr. Plakiotakis underlined that his party will oppose any pension cuts and increase of insurance contributions.

Furthermore, Mr. Plakiotakis noted that after being informed by the Labor Minister, reductions in main pensions are imminent. He also explained that the proposal was not officially presented at the recent council meeting of political leaders and estimated that the Prime Minister is seeking “consent for a mistake”.

Union of Centrists: “Not yet convinced to support the reform proposal”

The meeting with the president of the Union of Centrists Vasilis Leventis concluded shortly before 1pm, with Mr. Leventis commenting that he disagrees with the reform proposal presented by Minister Katrougalos. Mr. Leventis told journalists that with 2 million unemployed and farmers on 300-euro pensions it is unacceptable for some to receive multiple pensions worth 3,000 euros. As such, he explained, his party will not support the bill in Parliament if the government insists.

KKE: “Government using the same unacceptable arguments as its predecessors”

Furthermore, Mr. Koutsoumpas accused the coalition government of employing the same “unacceptable arguments” as its predecessors and called unionists, the youth and Greek people to rise up and demand the social insurance system be left alone.