Greece to welcome the New Year with snow and frost

The weather was rather mild and sunny on Christmas Day, however the story is significantly different this week, due to the… 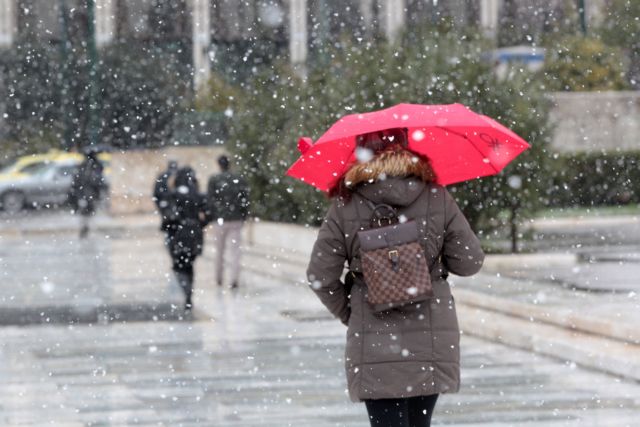 The weather was rather mild and sunny on Christmas Day, however the story is significantly different this week, due to the dramatic turn in the past couple days, with temperatures across the country plummeting by up to 12 degrees and snowfall covering many mountains.

Low temperatures and snowfall has been documented in central Macedonia, Thessaly, the Sporades and Kycklades islands, sections in central and eastern mainland Greece, Evia and Peloponnesus.

In Attica the temperature will range from 0 to 5 degrees, with areas in the east expected to see even lower temperatures. Snow chains are necessary to on Parnithos Avenue with traffic problems being reported due to the snowfall. The situation in Thessaloniki is similar, with temperatures ranging from -2 to 3 degrees and many areas already covered in snow.

The cold front will gradually begin to recede on New Year’s Day, primarily in island areas, while western and northern sections of the country will experience rainfall and sleet – especially in higher altitudes.