Prior actions bill submitted in Parliament for debate 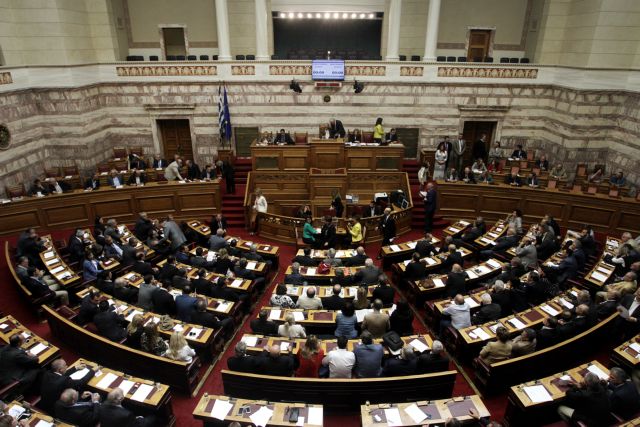 The legislative bill containing a series of prior actions – the implementation of which will unlock a further 1 billion euros in financial aid – was submitted in Parliament on Friday, with a vote scheduled for Tuesday.

The relevant parliamentary committed will debate the bill on Monday, with the discussion in Parliament set to begin at 9:30am on Tuesday and conclude ten hours later.

Amongst the prior actions in the bill are reforms for a new payroll in the public sector, a legislative framework to manage the sale of ‘red’ business loans, as well as a ‘clawback’ plan for hospital and pharmaceutical expenses and a series of amendments to highway concession contracts.

Other provisions in the bill will address NSRF funding, the funding procedure for research bodies and privatization fund TAIPED.