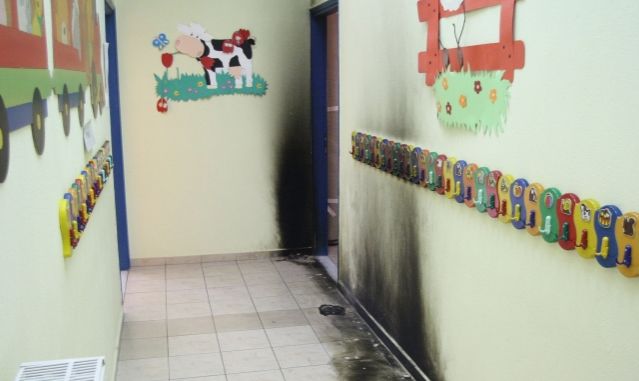 The police announced that four suspects have been arrested for an arson attack with petrol bombs against a nursery school in Larissa on Thursday.

Specifically, two 17-year-olds, one 18-year-old and a 35-yearold man have been identified and were arrested on Thursday evening.

According to the police report, the four suspects broke into the nursery school in the early hours on Thursday morning and attempted to set a fire by throwing three petrol bombs.

The four will be taken to the Misdemeanors Prosecutor of Larissa, where they will face charges for attempted arson and causing damages, as well as other violations related to explosive materials.